Breaking News
Home / Victoria News / Flexible and logical must be the goal now, not displays of toughness

Flexible and logical must be the goal now, not displays of toughness

admin July 9, 2020 Victoria News Comments Off on Flexible and logical must be the goal now, not displays of toughness 55 Views 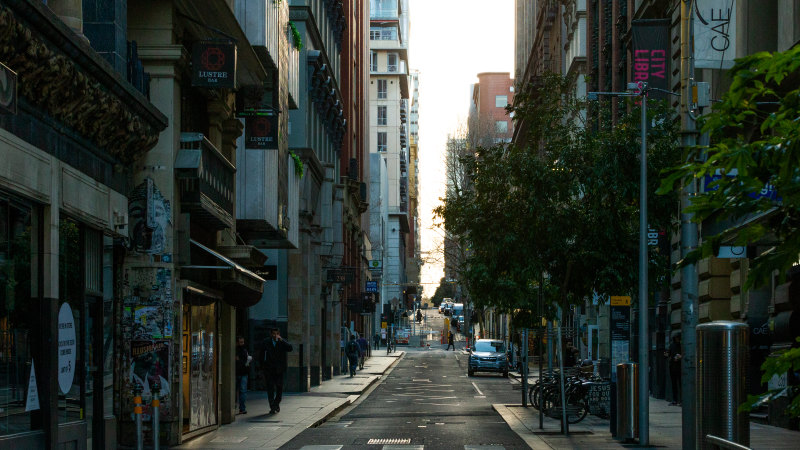 A Newspoll in The Australian last week found that in Victoria, almost three times more voters think Daniel Andrews has handled coronavirus well than those who think he has done badly. His overall satisfaction rating was a stunning 67 per cent.

Gladys Berejiklian and Scott Morrison were at similar levels, but the standouts were the leaders who shut the borders of the smaller states. Both Mark McGowan in WA and Peter Gutwein in Tasmania won 93 per cent support for their crisis management, and 87 per cent of South Australians heaped similar praise on Steven Marshall.

Only one border was still open. And as Victoria’s caseload mounted, on June 22 NSW Deputy Premier John Barilaro suggested that it too close. Opposition Leader Jodi McKay climbed on. And once the Eden-Monaro by-election was over, Premier Gladys Berejiklian – previously the loudest advocate of open borders – closed the border to lock Victorians out.

Berejiklian claimed the outbreak in Victoria put NSW lives at risk, but gave no evidence for this. The few new cases in her state are overwhelmingly travellers from overseas. In March, as her own state chalked up 1256 new cases in a week, Berejiklian was outraged when Queensland closed its NSW border. Yet she closed her border with Victoria when its new cases were only half that level. Humbug?

Yep, but like other leaders, she believes she has to be seen to be in control. And to do that, she has to show she’s tough.

After the fiasco of Wednesday morning, when cars waited for up to two hours in Albury-Wodonga, she escalated her rhetoric to imply that Albury itself was unsafe, and urged Wagga Waggans to stay away!

Andrews, too, likes to show he’s in control, and until now his hard line hasn’t hurt him. But that may change after the fiasco last weekend when he suddenly decided to lock up 3000 people in high-rise housing towers because 23 of them had the virus.

There was no consultation with the residents. They were given no time to prepare themselves. No social workers were sent to help them – only the police, whose instructions were simply to keep the residents locked up. Like Berejiklian’s lockout, it looked like a political stunt: a decision made without thinking through the consequences.

Tuesday’s decision to lock down Melbourne was handled better. First, it was clearly necessary: the surging caseload was real, and could not be reversed quickly any other way.

This time the lockdown does not ban outdoor activities like golf, fishing, tennis, boating and surfing. Yet Andrews and chief health officer Brett Sutton have again shut down other outdoor sport and playgrounds. If there is evidence that people have contracted the virus from junior footy and playgrounds, please produce it. If not, it suggests that in the judgment calls, their bias is to shut things down.

Peter Collignon, professor of infectious diseases at the Australian National University, notes that Victoria became the coronavirus hotspot despite the harshest lockdown of any state. “This (virus) is going to be around for the next 18 months, two years, until we get a vaccine,” he says. “We have to (make rules) that are sustainable over the long term. We have to get the balance right.”

Professor Collignon sees no evidence that Victoria benefited from shutting down schools for so long, or by being the only state to ban visitors in homes. Weddings, funerals and other activities, he says, should be regulated by distancing rules, with easier limits for events outdoors. He also suggests requiring that masks be worn on Melbourne’s public transport.

Tim Piper, state director of the Australian Industry Group, singles out two priorities. Firms in regional Victoria must be free to require employees to come to work, he says; the productivity losses from people working at home are real. And the state should restore the payroll tax holiday it scrapped on June 30, to help firms survive when “orders have dwindled to a trickle”.

The group’s national director, Innes Willox, has a message for Gladys Berejiklian: now Melbourne has shut down, reopen the border. “Governments need to be flexible and logical in their approach to the pandemic, and the border closure does not pass that test.”

Flexible and logical should be the goal. Andrews and his team should constantly review the detail of the lockdown, to reduce its costs to social and economic life. And reconsider the lockdown itself halfway through, to judge whether it is needed beyond four weeks.

Tim Colebatch is a former economics editor of The Age.