Lone wolf: The West should bide its time, friendless China is in trouble

admin 4 weeks ago Business Comments Off on Lone wolf: The West should bide its time, friendless China is in trouble 1,210 Views 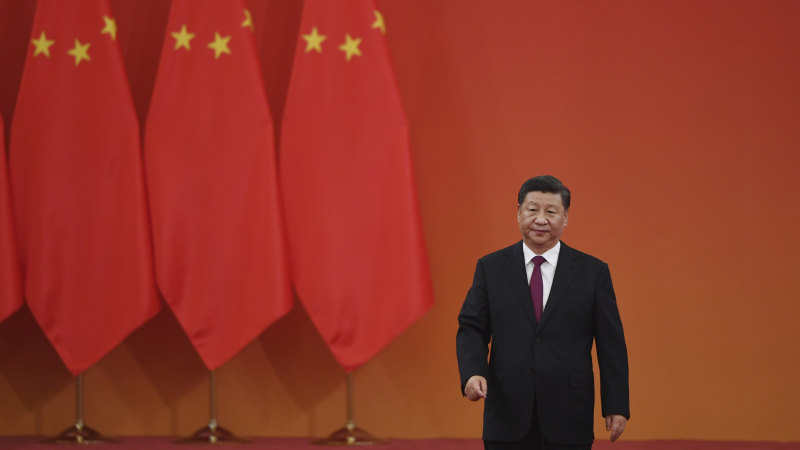 This week he went so far as to extend extra-territorial jurisdiction of the Article 34 sedition law in Hong Kong to anybody, anywhere in the world. Professor Donald Clarke, from George Washington University, says the intent is simply “to put the fear of God into all China critics the world over”.

Yet China is not a sufficiently developed economic and technological superpower to pull this off. One is tempted to say that Xi has jumped the gun, except that there is no such thing as a linear path to Chinese supremacy. Modern post-Mao China has in a sense peaked and is now in incipient decline.

The “second derivative” was already turning as far back as 2007. That was the year when the all-conquering Chinese economy, armed with a suppressed currency, racked up a mercantilist current account surplus of 10 per cent of GDP and $US4 trillion ($5.7 trillion) of foreign reserves, a weakness that some mistook for strength. Its voracious industrial expansion was driving a commodity super-cycle, absorbing half the world’s iron ore output.

But then China made its great mistake. Communist Party strategists falsely concluded that the Lehman crisis had permanently wounded the US and discredited free-market liberalism. It tempted the politburo into clinging too long to a growth model past its sell-by date, plagued by reliance on Leninist state capitalism and the productivity-killing, state-owned entities.

Premier Li Keqiang warned against this miscalculation eight years ago in a report by his brain trust, the Development Research Council. It said the low-hanging fruit of state-driven industrialisation was largely exhausted and that catch-up growth driven by imported know-how had hit the limits.

It concluded that Beijing would have to embrace pluralism and relax its suffocating grip on society if it was to reach the tech frontier where the air is thinner. Delay would consign China to a middle-income trap that had ensnared Latin America or North Africa.

Li Keqiang was right. China’s total factor productivity growth has collapsed from an average rate of 2.8 per cent in the early 2000s (according to the World Bank) to just 0.7 per cent over the last decade. China is longer on the “convergence” trajectory carved out by Japan and then Korea as they reached take-off and vaulted into the elite tier. It risks stalling long before it is rich.

The Huawei saga has exposed just how much the country still lags, a surprise to some who have bought into the media narrative of Chinese hi-tech ascendancy. China is not yet capable of making the advanced semiconductor chips used for telecommunications or programmable FPGA circuits.

It has yet to crack the materials science required to make the latest microscopic chips and lacks the critical raw material needed to sustain its ambitions for global dominance of 5G mobile and the coming “internet of things”. The US controls the world’s semiconductor ecosystem, working tightly with Japan, Korea and Taiwan.

All Washington had to do in May was to flick its fingers and Taiwan’s TSMC instantly cut off chip supplies to Huawei, dooming the company’s 5G global quest at a stroke. Britain does not have the option of sticking with Huawei even if it wants to do so. The US Congress is not going to allow an arm of the Chinese state – serving Xi’s doctrine of civil-military fusion – to acquire global control over a key technological choke point.

China’s economy looks stronger than it really is because output has been flattered by the illusion of a systemic credit bubble. This has pushed the public-private debt ratio to 330 per cent, leading to a forest of malinvestments and an ever-diminishing macro-economic return on loans. State control over the banking system probably ensures that this will not end in a Minsky moment or a classical financial crisis. It will end instead in stagnation.

China is now in trouble. It needs unfettered global access for its companies to reach the critical break-through achieved by Japan and Korea. It is instead being shut out by one country after another as they respond to provocations. India banned TikTok and 58 other Chinese apps last week, ostensibly on security grounds. The US has frozen out China Mobile.

Xi is obviously not going to back down over Hong Kong but the cost of escalating commercial conflict is no longer negligible for China. Punitive action against Australia and Canada has been a disaster for Beijing’s global credibility. Lashing out at British interests would compound the damage. Each episode accelerates the creation of a containment alliance, soon to be led with much greater statecraft by a multilateral president Biden.

If the democracies bide their time and hold together, China will eventually settle down and accept that it too is a greying status quo nation and perhaps even that its bid for global supremacy is going nowhere.

“If we make China an enemy, China will become an enemy,” says Liu Xiaoming, China’s ambassador in London, playing on the theme of the Thucydides Trap. This historical analogy purports to show that conflict becomes inevitable when a status quo power (Sparta) tries to hold down the rise of a rival (Athens).

It is a useful notion for Beijing, inducing paralysis in the West. But it has no relevance to the current great power clash. China is not rising any longer. It is ageing more quickly than the West. The reserve army of migrant workers from the villages has dried up. The workforce is already contracting and will shrink by 200 million over the next 30 years in a spectacular demographic collapse.

The proper British response as it decides what to do about Huawei, Hong Kong and China’s escalating threats is surely polite but inflexible resistance, in the knowledge that Xi’s hand is weaker than he lets on.

If the democracies bide their time and hold together, China will eventually settle down and accept that it too is a greying status quo nation and perhaps even that its bid for global supremacy is going nowhere.

Investment in mobile networks is crucial for the big three operators – Telstra, Optus and …