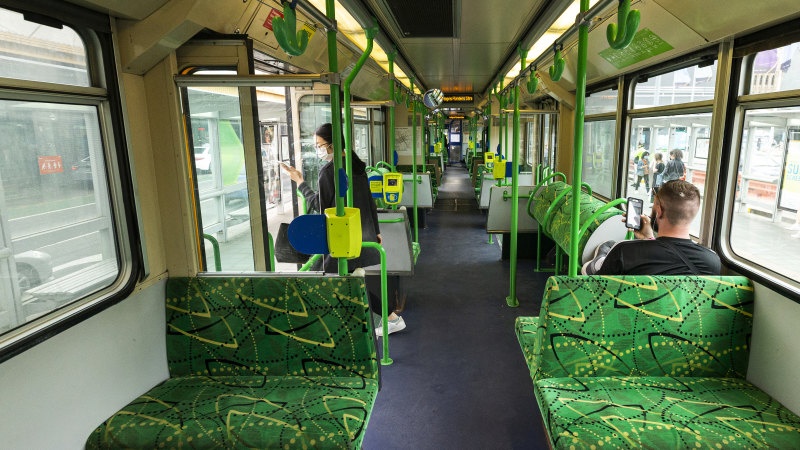 The Hurstbridge line will see five new services each week.

The congested tram route along Collins Street will get desperately needed relief, with the addition of new shuttle routes.

E-Class trams will run from Collins Street in the city to St George’s Road in Preston, via Brunswick Street in Fitzroy, once during the weekday peak periods.

A second tram shuttle from Victoria Harbour in the Docklands to St Vincent’s Plaza in East Melbourne via Collins Street will run services all day, from 6am to midnight from Monday to Thursday and until 1am on Friday and Saturday

Route 30, which runs from East Melbourne and the Docklands via La Trobe Street, will now be replaced with Route 12, to boost capacity on La Trobe Street.

Bus commuters will also be able to board through all doors over the next two years, with transactions on buses permanently removed from July 13, requiring commuters to travel with a valid myki.

“We’re adding hundreds of new train and tram services every week – giving Victorians the options to travel outside of the traditional peak hours and practise better physical distancing, keeping us all safer,” he said.

The changes to the network come as two Protective Services Officers working at major city stations, including Flinders Street, have tested positive for the coronavirus, bringing the total number of positive cases at Flinders Street to four in three weeks.

Six Victoria Police employees have been sent home to self-isolate, while PSO pods at Flinders Street, Southern Cross and North Melbourne stations have been closed for deep cleaning,

No Metro employees or passengers were identified as being in close contact with the sick officers, who accessed their own facilities and usual patrol areas.

Another two Metro employees have also tested positive at the Pakenham East depot, while all employees who had recently visited the site have been tested and self-isolated.

Public Transport Users Association spokesman Daniel Bowen said he hoped the government was “actively considering” requiring commuters to wear masks, in line with moves in many cities around the world.

He said the extra services was “definitely needed right now” and said further services would be needed over time, as the city continues to grow.

“Some of these lines like Sunbury and Craigieburn, under normal circumstances are just as crowded in the middle of the day as they are in peak hour; that’s largely due to the drop in frequency, so there’s scope to run frequent trains right through the day.”