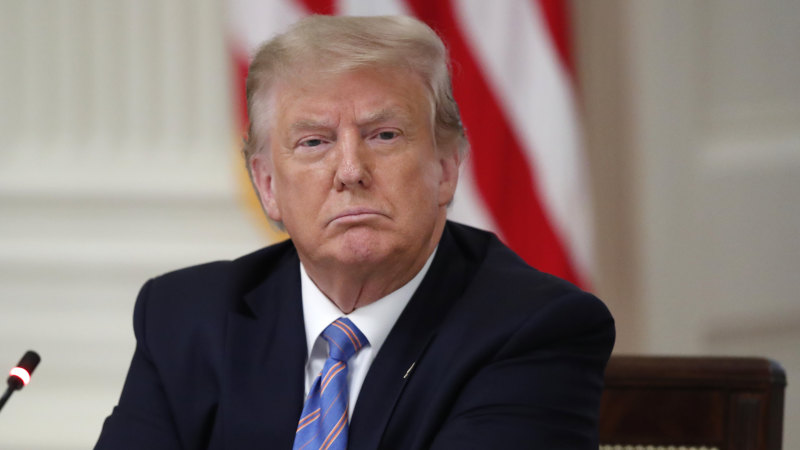 “Two hundred years ago, a great jurist of our Court established that no citizen, not even the President, is categorically above the common duty to produce evidence when called upon in a criminal proceeding,” the court said.

“We reaffirm that principle today.”

Trump was furious about the decision, sending out a series of angry Tweets claiming “PRESIDENTIAL HARRASSMENT!” and “PROSECUTORIAL MISCONDUCT!”

“The Supreme Court sends case back to Lower Court, arguments to continue. This is all a political prosecution. I won the Mueller Witch Hunt, and others, and now I have to keep fighting in a politically corrupt New York. Not fair to this Presidency or Administration!” he wrote.

“Courts in the past have given “broad deference”. BUT NOT ME!”

Boiled down, the court looked at two separate cases, both of which sought access to an array of financial records that Trump had gone to great lengths to hide from public scrutiny.

The first related to a subpoena to Mr. Trump’s accounting firm, Mazars USA, from the office of the Manhattan’s democratic attorney, Cyrus R. Vance Jr.

The second case related to a subpoena from the House Oversight and Reform Committee, which was also looking at hush-money payments and claims that the president, prior to coming to office, had deflated descriptions of his assets on financial statements to obtain loans and reduce his taxes.

Both cases were sent back to lower courts, which will inevitably lead to further delays. And even if New York prosecutors are able to obtain the information sought, the records would be handed to a Grand Jury – not the public.

Mr Vance hailed the ruling “as a tremendous victory for our nation’s system of justice and its founding principle that no one – not even a president – is above the law.”

“Our investigation, which was delayed for almost a year by this lawsuit, will resume, guided as always by the grand jury’s solemn obligation to follow the law and the facts, wherever they may lead,” he said in a statement on Thursday.

Despite the decision not resulting in the public scrutiny Democrats had sought, the issue is likely to continue to play out in the election nonetheless, with Joe Biden tweeting to the President: “You want to talk about corruption? I’ve released 21 years of my tax returns — release yours or shut up.”

House Speaker Nancy Pelosi vowed that Congress would continue to “press our case in the lower courts,” and noted that the decision “reaffirmed the Congress’s authority to conduct oversight on behalf of the American people.”

Farrah Tomazin is a senior journalist and investigative reporter for The Age, with interests in politics, social justice, and legal affairs.

Previous In tears, WHO chief blasts ‘lack of leadership and solidarity’ during pandemic
Next Seoul mayor found dead hours after being reported missing