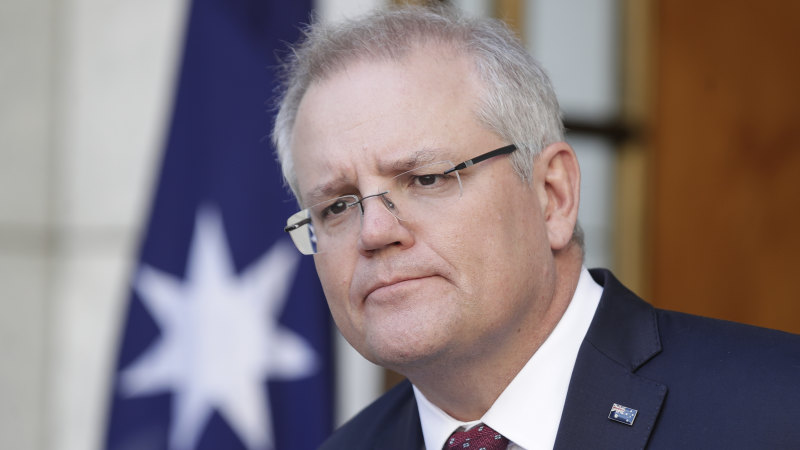 “There will be capacity for people to return to Australia, as there has been now for months … but the number of available positions on flights will be less and I don’t think that is surprising or unreasonable in the circumstances,” Mr Morrison said.

The Department of Infrastructure will tell airlines to reduce the number of flights to Australia and the number of seats available, as Australian authorities cannot turn away citizens at the borders.

The Prime Minister also announced a nationwide review of hotel quarantine, to be run by former secretary of the federal Health Department, Jane Halton, who sits on the National COVID-19 Coordination Commission.

Mr Morrison said she would work with states and territories on how they are managing the quarantine.

The Halton inquiry will address infection control training for clinical, hotel and security staff, evidence of community COVID-19 cases spread from hotel quarantine, and the legal or contractual basis for mandatory testing.

It will also cover the management of vulnerable people in quarantine, cultural diversity, testing compliance rates, and how to manage suspected and confirmed cases.

In announcing a national review, Mr Morrison said it was important as the country reopens borders “we can ensure we have even greater confidence” in the quarantine arrangements.

The Prime Minister said the decision to reduce the number of returned travellers “was to ensure that we could put our focus on the resources needed to do the testing and [contact] tracing and not have to have resources diverted to other tasks”.

Mr Morrison said some states already charge travellers for quarantine, and national cabinet will work towards national uniformity of pricing.

Chief Medical Officer Paul Kelly said the Australian Health Protection Principal Committee has developed “very detailed” quarantine guidelines and “given suggestions to Jane Halton about the types of things that we would really like to have checked” in her review.

“There have been a lot of people [come through] hotel quarantine. There have been very few breaches but we have seen, as has been reported in Victoria, a single breach, even if it’s low risk can lead to a catastrophic outcome. We absolutely need to know that this is working as best as it can,” Professor Kelly said.

Fleta Page is a federal politics desk editor for the Sydney Morning Herald and The Age, based at Parliament House.

Previous ‘Buy American’: Biden challenges Trump with his plan to revive the US economy
Next Kazakhstan denies Chinese reports of pneumonia deadlier than COVID-19