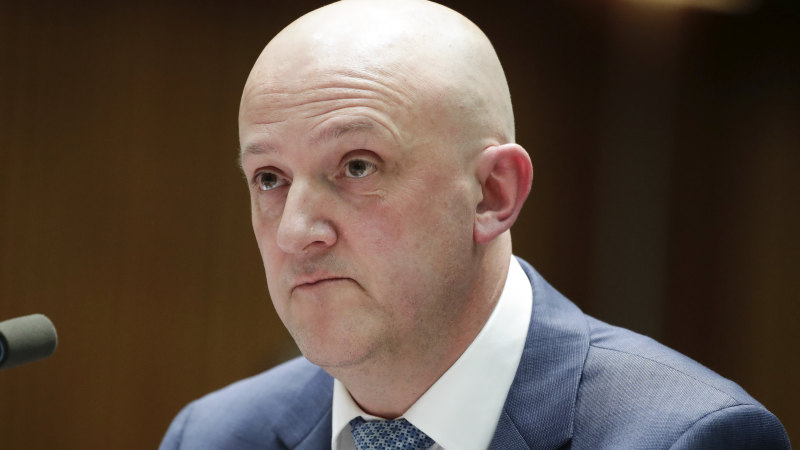 Mr Burgess said he was “actually offended by that statement” and “it’s an offence to the men and women of my organisation … some of them who put their lives on the line to protect Australians from serious security threats”.

“To suggest that these bills are comparable or in fact our bill is worse, is just beyond the pale – it’s completely, completely wrong,” he told the inquiry on Friday afternoon.

Mr Burgess said the Hong Kong law made it a terrorism offence to damage public transport, granted life immunity from prosecution to Chinese security agents and could subject peaceful protesters to a term of life imprisonment if they had foreign links.

“That is ridiculous, nothing like this amendment bill,” he said.

But Mr Burgess said: “We are actually prohibited under our bill from getting involved in protests.” “Protests are lawful in this country and we stay away from them. The only time we get involved is if there’s acts of violence but protesters are fully supported,” he said.

Asked by Opposition legal affairs spokesman Mark Dreyfus whether the bill was broader than the Chinese national security law, Dr Neal said the “answer to that is yes” but he had a “couple of words of caution”.

“It doesn’t go to the extent of saying anything that is detrimental to the interests of China falls within this framework. It’s addressed to different things,” he said. “However, we are very concerned that … agents of ASIO would be entitled to detain compulsorily people for 40 hours to question them about things which are detrimental to the interests of Australia because they’ve been talking to someone who’s classified as a foreign power.

“Keeping in mind that it’s not someone who is actually going to do something which is detrimental to it, but simply someone who may have information about that who could be subject to this compulsory questioning and a five-year penalty if they don’t co-operate with that process.”

Mr Burgess said Australia was facing unprecedented levels of espionage and foreign interference, a terrorism threat that remained at probable and “an escalating threat of violence from extremists such as neo-Nazis who are becoming more organised, committed and capable”.

The director-general of security said Australians were being radicalised to extremist ideologies at a younger age, while the nation faced the possible return of battle-hardened fighters from Syria and Iraq and multiple terrorism offenders being released from jail over the coming years.

“We are seeing increasing numbers of young Australians involved in onshore terrorism; this is being observed in both Islamic extremism and extreme right-wing circles, and this includes children as young as 13 and 14,” he said. “I can confirm today we are currently investigating at ASIO counter-terrorism investigations which involve children as young as 14.”

“This threat is amplified by the COVID crisis, with some young Australians being exposed to radicalisation as they’ve spent time online meeting and engaging with like-minded individuals.”

Human rights groups and the Law Council have warned the proposed laws would infringe on children’s fundamental rights, saying the bill is in breach of Australia’s international obligations.

Previous It’s the margin, not the victory that matters in this election
Next ‘Not necessary’: US killing of Qassem Soleimani was unlawful, says UN expert

In return, China has escalated its diplomatic rhetoric towards Australia, with verbal instructions to state-linked …