admin July 10, 2020 Business Comments Off on Qantas is creating an army of zombie pilots 98 Views 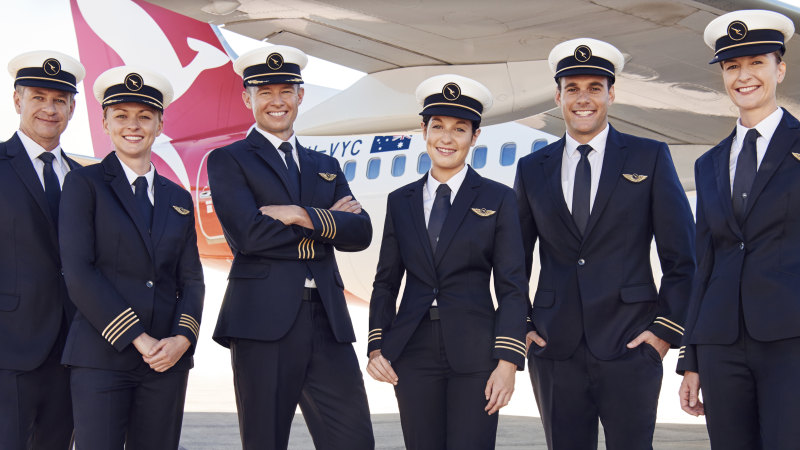 However, in recognition that it could be more than a year before long haul international flying resumes, the voluntary redundancy package is on offer only to those pilots.

But Qantas retains the discretion to accept or reject any applications.

Additionally, the company is making no guarantees that it will not move to compulsory redundancies. The extent to which this will be necessary depends on the number who choose redundancy.

The airline is also offering all pilots the choice of leave without pay for a period of more than 12 months. But there are no guarantees that during that period they will not be made compulsorily redundant.

Those that take the special leave without pay option pilots will continue to accrue entitlements but they will need to exhaust all holiday and long service before signing up.

The pilot package will serve to quarantine the airline from the ongoing employee costs after Jobkeeper assistance runs out – an event which although scheduled for September may be extended for the hardest-hit sectors such as aviation and hospitality.

And while the options for pilots are not considered particularly generous, they are not unexpected. The plan is further complicated by the daily updates around domestic travel restrictions and the escalating spread of the virus internationally.

The flattening of the curve of transmission in numerous countries has recently been interrupted by fresh outbreaks, while other countries such as the US are still dealing with the progression of its initial wave into a tidal wave.

Investors are now coming to the realisation that airlines will probably be facing extended periods of limited operations. It also cements the view that Qantas was wise to tap the equity market for $1.9 billion a few weeks ago.

The Qantas share price had been steadily rising since its March fall as investors placed bets on Australia having all but escaped the worst of the virus. But since June its shares have been falling and yesterday dipped almost 3 per cent to $3.50.

But Qantas has plenty of company among the many businesses that will feel fresh financial pain from the new surge in COVID in Victoria and fears that NSW could be next in line.

While both insist there is “nothing to see here” the retail industry is awash with speculation about their survival which reached a new pitch a few weeks back by revelations that insurance companies were reluctant to issue trade credit cover to those supplying the department stores.

Meanwhile, neither have issued statements about whether they will remain open during the latest Melbourne lockdown – but it is likely foot traffic will be reduced to a trickle as it did the last time.

Myer in particular has remained silent on how it has traded throughout the pandemic – having supplied no trading update since its January half-year results were released in March. However, it has applied for Jobkeeper assistance – eligibility for which is a 50 per cent decline in revenue.

Myer is also closing stores and has been in negotiations with banks to refinance debt, with the assistance of KPMG, and with landlords to reduce rents.

David Jones received emergency $75 million in funding assistance from its South African parent, Woolworths Holdings and is currently attempting to monetise its property portfolio – with hopes of receiving up to $1 billion. Watch this space.