Breaking News
Home / Latest News / My dear Melbourne, in this new groundhog day, just getting by is enough

My dear Melbourne, in this new groundhog day, just getting by is enough

admin July 11, 2020 Latest News Comments Off on My dear Melbourne, in this new groundhog day, just getting by is enough 73 Views 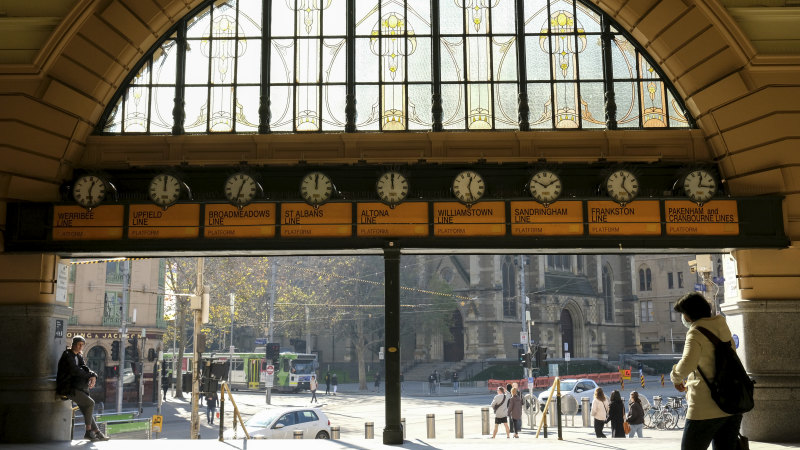 We’ve done all of the Zoom Zumba, the free celebrity workouts, the live-streamed cordon bleu.

We’ve been momentarily uplifted by the sight and sounds of hundreds of musicians playing beautiful symphonies on screen, each in little boxes. We’ve tried the wacky dancing and cackled at the lockdown memes sliding through our social lives reduced to two dimensions.

But all of that was months ago. How are we going to go now the novelty of the weird work-staycation has utterly worn off and life fades again to black-and-white from colour?

The first time we were locked in, “not knowing” was perhaps the hardest thing to bear. Now, my dear Melbourne, it feels like 5 million of us are afflicted with the curse of knowing way too much.

We know how one day bleeds into the next, we’ve felt what it’s like to be slightly preoccupied most of the time, and to live with a wallpaper of worry. We’ve already watched our routines go to pot – got them back, sort of, as the sun came out, then lost them again (completely) as the clouds closed in.

Maybe we do have the tools, even if we’re yet to realise, fully.

As we enter this new groundhog day, we find ourselves unfamiliar with a town and a lifestyle whose face and rhythm we know by heart. Yet we’re very much au fait with that sense of being a little lost.

And of course we know already how very “grateful” we should be, even as we lie awake running through scenarios from 4 to 5am.

Hardly surprising is the fact distress calls to Lifeline and Beyond Blue shot to record levels after Melbourne’s second term of on-the-spot incarceration was announced on Tuesday.

On Friday, Lifeline reported a 22 per cent jump in traffic on the same time last year and Beyond Blue announced a doubling of calls in the past fortnight.

Even the kids, who once buoyed you by barrelling in laughing, laptop in hand, to show some funny iso stunt on YouTube, are gathering around this time to bring you Daniel Andrews’ grim-faced press conferences. They are rightly concerned about people stranded in towers, and they’re Googling how to make face masks (and making them).

The parenting manuals have nothing to offer when it comes to positive-parenting this. But, oddly, and happily, our readers’ comments reveal perhaps we are already equipped.

When asked what they would do differently this time around, people answered with a chorus of what amounted to “I will not be so hard on myself”.

They said they’d fret less over home-schooling, concentrate more on maintaining harmony and put protecting bonds with those around them over pushing themselves and others.

They spoke, wisely, about “re-examining priorities” and minimising friction.

“We’re only just recovering from the previous round and I don’t think it’s productive to put ourselves through that stress again,” said one guy, offering something to us all.

A mother offered, “This time we’re only going to do the bare minimum. No more stressing about it [home schooling standards].”

So maybe we do have the tools, even if we’re yet to realise, fully.

In Melbourne, especially, it seems an age has passed since someone sent out the notorious tweet: “If you don’t come out of this quarantine with either: 1.) a new skill 2.) starting what you’ve been putting off like a new business 3.) more knowledge you didn’t ever lack the time, you lacked the discipline.”

As we slide into six more weeks, broken into hours, days, minutes … seconds, even … thankfully we’ve realised just getting through this is enough.

Previous SBS seemed like a miracle, then I realised it was not a place for people who looked like me
Next For an American show, Hamilton’s a good effort