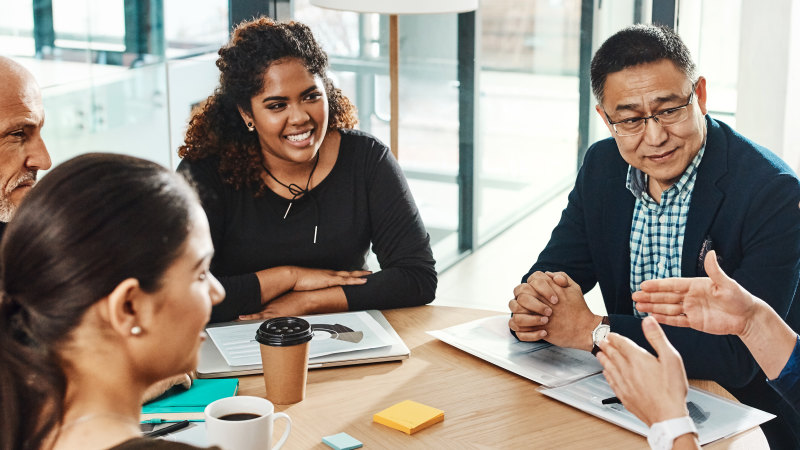 Here is one of the changes that we can control, which has clear economic benefits for businesses and for social cohesion: Improving the representation of minorities at the highest levels in corporate Australia.

A Human Rights Commission report in 2018, Leading for Change, found 75.9 per cent of senior leaders were Anglo-Celtic, while 19 per cent had European cultural backgrounds.

Improving this data isn’t simply a case of being politically correct. There are economic arguments for businesses to ensure diverse backgrounds, viewpoints, genders and expertise are represented in the boardroom and within the ranks of senior leadership at an organisation.

Ethnic background doesn’t always ensure a varied perspective but, in the same way as gender and sexual orientation, it can shape the lens through which someone views the world. It isn’t unreasonable to suggest a lack of diversity of any of these attributes in the boardroom strips businesses of valuable insight and experience that could lead to better financial outcomes.

The Australian public is multicultural, so companies selling products and services domestically will often benefit from insights of those from different backgrounds. Companies who want to export? Even more so.

A report this month from the Business Council of Australia was particularly focused on the tangible benefits of improving Asian representation in leadership roles, particularly when it comes to doing business in China where one of the major difficulties for Australian businesses is trying to operate in a country that is very different culturally.

The lobby group also suggested using the playbook for women’s representation to help make progress on this issue. Publicly-listed companies without women on their boards are now in a position of facing embarrassing questions at annual general meetings about why they haven’t hired any female directors.

So, could ethnicity quotas be the next gender quotas?

When PwC Australia partner Andrew Parker was interviewed this month he raised the different schools of thought about improving the representation of Asian Australians on boards. One of them, which he didn’t necessarily agree with, was that over time the figure would naturally improve as society progressed and so intervention might not be required.

But he warned he doesn’t think we have the time to wait for businesses to catch up, or for society to do the heavy lifting.

“We can’t take the chance … because it might not [happen] and then we would’ve wasted a decade, so I do believe we need to take more positive action,” he said.

He believes this should be in the form of targets. University of Sydney professor Tim Soutphommasane, a former race discrimination commissioner, has also suggested quotas or targets are a viable option. Exactly what this target should be is a difficult question to answer, but as an example PwC has targets for 40 per cent of new partner admissions to be women and 30 per cent to have a diverse cultural background.

Setting a figure at the very top has to be matched by support at all levels for there to be an accessible talent pool to hire from. A Deloitte report focused on expanding the pool of female candidates included the issues of mentoring, noting recruiters had said “board nominations commonly arise through information networks such as mentoring relationships that invariably favour the sponsorship of men over women”.

A similar issue exists for those with different cultural backgrounds. A July 2018 report from the University of Sydney Business School found “minorities appear to face barriers in accessing quality mentoring … individuals are drawn to and prefer to interact with similar individuals”. Basically, we are all primed to help those who are demographically and psychologically similar to ourselves.

Recognising bias exists, that a workplace is not simply a meritocracy, is one of the first steps every business leader should be taking. The next should be a discussion of what senior leadership teams and boards should look like in terms of diversity and how to support talented people to let this happen.

If this is, indeed, our Sliding Doors moment we need to take steps now to improve the path we have ended up on.

Ross Gittins is on annual leave.