Choke point for US coronavirus response: the fax machine 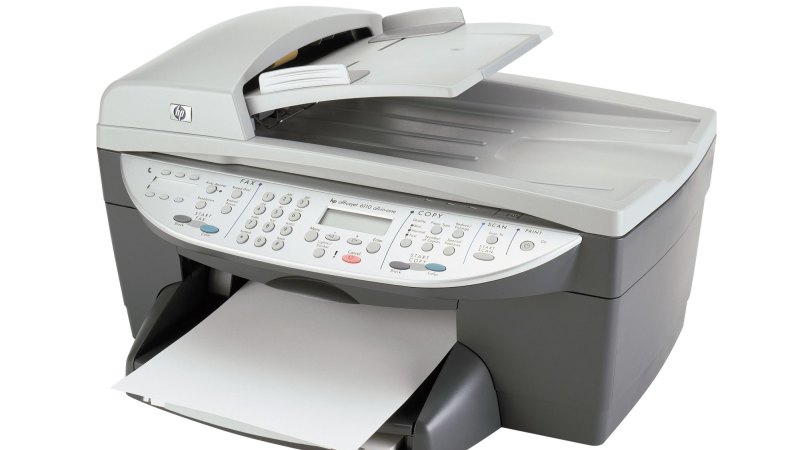 As hard as the United States works to control coronavirus, it keeps running into problems caused by its fragmented health system, a jumble of old and new technology, and data standards that do not meet epidemiologists’ needs. Public health officials and private laboratories have managed to expand testing to more than half a million performed daily, but they do not have a system that can smoothly handle that avalanche of results.

Health departments track the virus’ spread with a distinctly American patchwork: a reporting system in which some test results arrive via smooth data feeds but others come by phone, email, physical mail or fax, a technology retained because it complies with digital privacy standards for health information. These reports often come in duplicate, go to the wrong health department, or are missing crucial information such as a patient’s phone number or address.

The absence of a standard digital process is hampering case reporting and contact tracing, crucial to slowing the spread of the disease. Many labs joined the effort but had limited public health experience, increasing the confusion.

“From an operational standpoint, it makes things incredibly difficult,” Shah said. “The data is moving slower than the disease.”

The torrent of paper data led at least one health department to request additional forces. Washington state recently brought in 25 members of the National Guard to assist with manual data entry for results not reported electronically.

“The obsession with the number of tests obscures an important fundamental: What are we doing with all those tests?” said Dr Thomas Frieden, a former director of the Centres for Disease Control and Prevention. “This is legitimately difficult stuff that every state is struggling with.”

Dr Mark Escott, the interim health authority for the city of Austin, Texas, and Travis County, said his office is receiving around 1000 faxes a day, including duplicate results. Some faxes are meant for other jurisdictions, and many are missing crucial information needed for his office to investigate cases. Most such faxes in Austin are being sent to a computer, but they still need to be printed and manually entered into public health databases.

On average, his office is getting all the information it needs about a test result 11 days after the test is taken — far too late to make contact tracing worthwhile. He has been advising those in the area with virus symptoms to assume they are positive, since the tests take so long to come back.

“When we are receiving results back 14 days after the individual became symptomatic, it’s not useful at all,” Escott said.

Before the pandemic, nearly 90 per cent of laboratory test results for diseases tracked by public health departments were transmitted digitally, according to the CDC. But the need for widespread coronavirus testing has brought many more players into the public health arena, including companies that usually run tests only for employers, and small clinics that usually test for diseases like the flu and strep throat. That has pushed up the share of lab tests coming to public health departments in other forms.

“There are standards that exist out there, but with the onslaught and the drastic increase in volume and the increase in the number of tests, they’re struggling to keep up,” said Jason Hall, who is the lead for the CDC’s Laboratory Reporting Working Group.

Nationally, about 80 per cent of coronavirus test results are missing demographic information, and half do not have addresses, according to Janet Hamilton, executive director of the Council of State and Territorial Epidemiologists.

“When things come in with missing information, we have to try to put the pieces back together,” she said. “We call the provider back or look at other data sources. But that takes time.”

The Trump administration issued guidelines in early June that required laboratories to report things like patients’ age, race and ethnicity, so public health officials can better understand the demographics of the coronavirus pandemic. The rules, which do not take effect until August, state that laboratories “should” also provide patients’ addresses and phone numbers but do not mandate it.

This type of information often gets lost, as the typical test data take a journey from doctor’s office to laboratory to public health authority and back to the original doctor, not necessarily in that order. At each stage, technological failures can slow or disrupt the flow of vital information. Doctors’ offices do not always have digital systems capable of talking to the lab that analyses the result. Laboratory software often omits information that public health authorities will later need. And transmissions by fax or spreadsheet can require workers to manually reenter information into their computer systems, increasing the risk of errors or duplicate entries.

Some public health officials say they have been especially vexed by the ubiquity of fax machines, with their blurry printouts and analog data.

Large, national laboratories typically have software that allows them to communicate electronically with a wide range of hospitals and public health systems. But smaller labs, drawn to coronavirus testing by high payment rates, often do not invest in expensive software packages when they can simply send data by fax instead.

“It’s $US500 ($715) versus, literally, $US5000,” said Bob Kocher, a partner at the venture capital firm Venrock, who has been helping California manage its coronavirus testing effort.

In the early 2010s, the federal government spent billions to encourage doctors to replace fax machines with electronic records. That program, known as the HITECH Act, did not include similar funding for public health departments, to help them automatically digitise faxes and other non-standard results. Nor did it require hospitals and doctors’ offices to build technology that would automatically send relevant test results to local health officials.

Public health departments, whose budgets have been cut back over the past decade, were unable to finance the digital upgrades themselves.

“The best way I can describe it is to imagine you’re on the information superhighway, but you’re travelling with a bus pass,” said Oscar Alleyne, a senior adviser to the National Association of County and City Health Officials. “Money was invested to get physician practices onto electronic health records. There was no investment to build up a similar technology to tie public health into that system.”

The CDC has modernised public health reporting, but at a smaller scale. In the mid-2010s, the agency used $US13 million in Affordable Care Act funds to help state and city health departments go digital. Although that program made some progress, it did not move the country to a completely digital public health reporting system. There have been some smaller one-time grant programs over the last few years, but no long-term funding source for digitisation.

“What we learned really fast is that this is a hard problem,” said Frieden, the former CDC director. “You’ve got hundreds of laboratories and thousands of tests. Nothing is inter-operable because they haven’t been mandated to do that.”

Frieden noted that in other countries, like Britain and Canada, patient data travels with a unique number that identifies whom it belongs to. The US tried to set up a similar system in the mid-1990s, but it died after Congress passed legislation barring the federal government from creating the new ID numbers.

“The fact we don’t have that really makes this a lot harder,” Frieden said.

Instead, data often comes to public health authorities using only the information that laboratories need to track the record, not the details that public health officials need to understand the disease. Dr Thomas Farley, Philadelphia’s health commissioner, said his office had been updating its records system with a grant before the pandemic struck, and has been receiving most lab results in digital form. Compared with many other places, “Philadelphia is fortunate,” he said.

But even with Philadelphia’s relatively modern system, many records come with only a patient’s name and date of birth. The staff then spends hours searching databases like LexisNexis to find phone numbers and addresses that were already collected by the clinic that ordered the test in the first place.

Previous Coronavirus crisis may get ‘worse and worse and worse’, WHO warns
Next Body found at site of search for missing Glee actress Naya Rivera