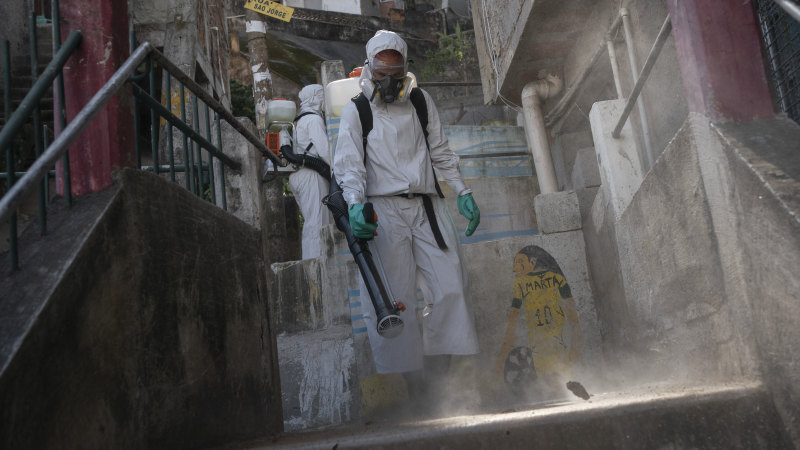 Tedros, whose leadership has been heavily criticised by US President Donald Trump, said that of 230,000 new cases on Sunday, 80 per cent were from 10 nations, and 50 per cent from just two countries. The US and Brazil are the countries worst hit.

“There will be no return to the old normal for the foreseeable future … There is a lot to be concerned about,” Tedros added, in some of his strongest comments of recent weeks.

Parts of the world, especially the US with more than 3.3 million confirmed cases, are still seeing huge increases in a first wave of COVID-19 infections, while others “flatten the curve” and ease lockdowns.

Some places, such as Leicester in England, are implementing a second round of shutdowns. Chinese-ruled Hong Kong, albeit with a low 1522 cases, is to tighten social distancing measures again amid growing worries about a third wave.

The US reported a daily global record of 69,070 new infections on July 10. In Brazil, 1.86 million people have tested positive, including President Jair Bolsonaro, and more than 72,000 people have died.

The US state of Florida reported a record increase of more than 15,000 new cases in 24 hours on Sunday, more than South Korea’s total since the disease was first identified at the end of last year. Florida tallied 12,624 new cases on Monday.

Coronavirus infections were rising in about 40 US states, according to a Reuters analysis of cases for the past two weeks compared with the prior two weeks.

Yet Trump and White House officials have repeatedly said the disease is under control and that schools must reopen in the autumn.

“The President and his administration are messing with the health of our children,” House Speaker Nancy Pelosi said on CNN’s State of the Union program.

“We all want our children to go back to school, parents do and children do. But they must go back safely.”

Tedros said the WHO had still not received formal notification of the US pullout announced by Trump. The US President says the WHO pandered to China, where the COVID-19 disease was first detected, at the start of the crisis.

A WHO advance team has gone to China to investigate the origins of the new coronavirus, first discovered in the city of Wuhan. The team’s members are in quarantine, as per standard procedure, before they begin work with Chinese scientists, WHO emergencies head Mike Ryan said.