Breaking News
Home / National News / Good on you, Victorians – we salute your fortitude

Good on you, Victorians – we salute your fortitude

admin July 13, 2020 National News Comments Off on Good on you, Victorians – we salute your fortitude 99 Views 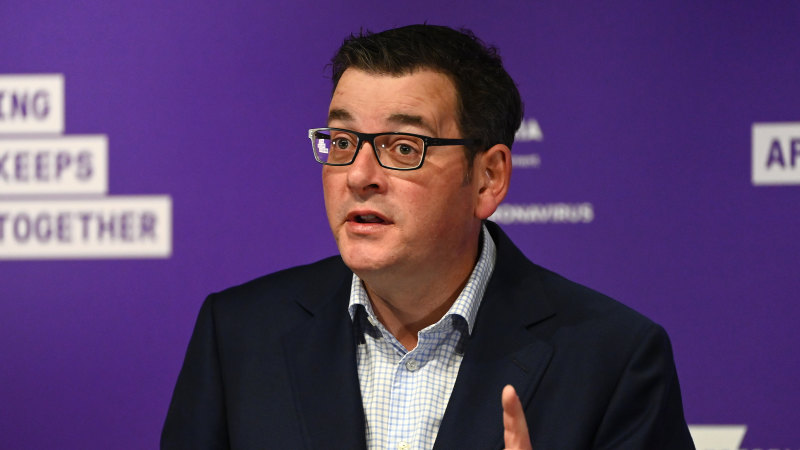 Even more troubling for me than our own criticism, though, is the amount of stick the Victorian Premier has endured from media and politicians alike. Even joking, Victoria being described as a “socialist leper colony” must be at least a postcode or two beyond the pale, yes?

As to who Tim Smith is, he had to be the most unheard of Victorian politician I had never heard of before this crisis hit, and yet now the state Liberal member for Kew’s name seems to trend on Twitter every second day. Smith’s most notable contribution to suggestions for public health policy in the face of the virus – and I am not making this up – was to call for the culling of bats in his inner east electorate. Can we presume that there were none in his belfry at the time?

Since then, he has seamlessly gone from heavyweight criticism that the Andrews government was overreacting to the virus to shrill shrieking about being not tough enough on the Black Lives Matter protests and general hysteria about the state’s Premier.

Daniel Andrews, of course, has not stooped to make reply to Smith, but I have no such compunction. From a distance, all I can see in Andrews is a bloke working around the clock to get on top of the situation, showing his mettle, his leadership and his tirelessness all in one. Like our own Premier, Gladys Berejiklian, Andrews seems to have done a fine job in difficult circumstances, the key difference being that while we have been able to limit the damage from the Ruby Princess fiasco, the Victorians are in the early days of limiting the damage on their own debacle.

To Smith, I would say look up President Theodore Roosevelt’s famous words at the Sorbonne in 1912: “It is not the critic who counts; not the man who points out how the strong man stumbles, or where the doer of deeds could have done them better. The credit belongs to the man who is actually in the arena, whose face is marred by dust and sweat and blood; who strives valiantly; who errs, who comes short again and again, because there is no effort without error and shortcoming; but who does actually strive to do the deeds …”

The very nature of this virus is that it can strike anywhere, and while good policy can certainly limit its potential to cause damage, you only need a couple of super-spreaders in the wrong place at the wrong time, and you have a flustercluck you will be weeks in undoing. But at least the Victorians seem to be doing exactly that.

In sum, you Victorians, good on you for the resolution most of you are displaying in dealing with this disaster. The old gag used to be that “the only good thing to come out of Melbourne is the Hume Highway”, but should we in NSW face similar disasters in coming months – and that is looking ever more likely – your fortitude can be our inspiration.