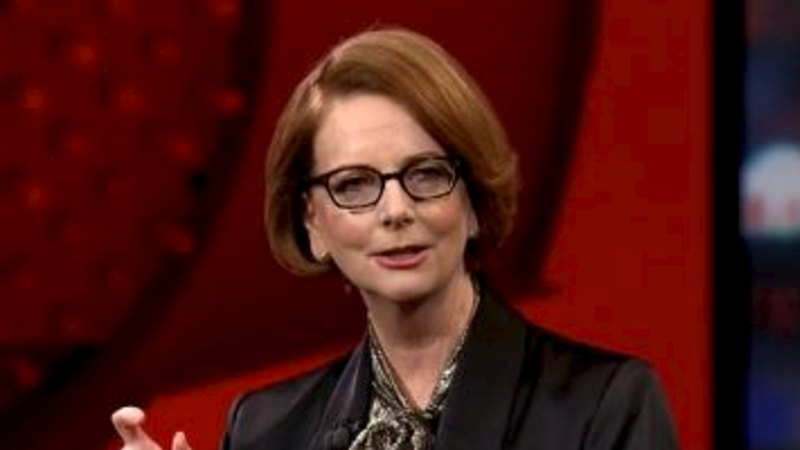 Speaking on the ABC’s Q+A on Monday, Ms Gillard made clear she had not warmed to Mr Abbott. Asked to name her favourite among the prime ministers that followed her, Ms Gillard was quick to say “it’s not going to be Tony”.

Kevin Rudd was at least a Labor prime minister, which “beats all”, Ms Gillard said, adding she had a “soft spot” for Malcolm Turnbull.

During the years Scott Morrison had jeered at her speeches from the opposition benches, Ms Gillard said she could not have imagined working easily and productively with him. But as the chair of mental health charity Beyond Blue, Ms Gillard said that was exactly what had happened.

“I think he is very genuine about wanting to make a difference on the suicide rates,” she said. “And I respect someone who can come at an issue like that with bipartisanship.”

Pugilism and pragmatism paired with her brand of feminism ran through Ms Gillard’s answers on the program.

“You know, what I came to the parliament to do was to show that a woman could stand in that adversarial place and own it,” she said.

If she had her time again, Ms Gillard said she would have addressed sexism earlier and more directly.

She said she would have encouraged powerful men, like those running Australia’s biggest companies, to intervene when Tony Abbott stood in front of a sign that called her a “bitch”.

And she told a year 12 student that each female leader would make life easier for the next, but backed that with some practical advice: not to go on social media too close to bed time.