Breaking News
Home / National News / ‘Like wildfire’: How virus is racing across Sydney and state

‘Like wildfire’: How virus is racing across Sydney and state

admin July 13, 2020 National News Comments Off on ‘Like wildfire’: How virus is racing across Sydney and state 62 Views 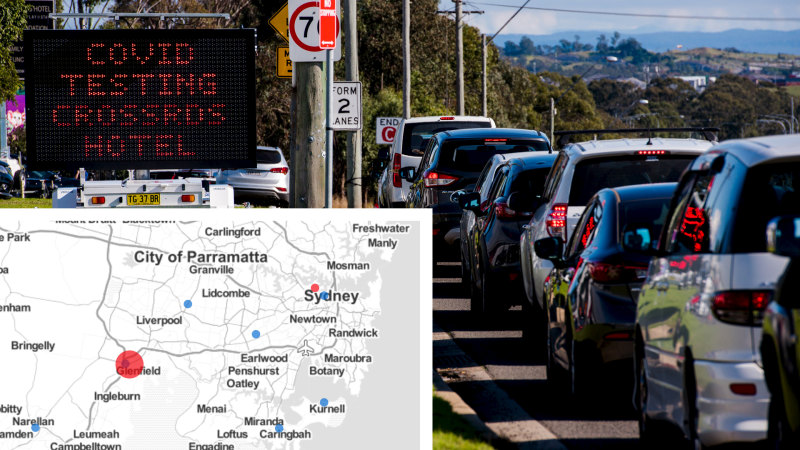 A number of places visited by confirmed cases, including a gym in Casula, the Picton Hotel, a bowling alley in Villawood, a restaurant in Kurnell, a pub in Caringbah, Canterbury Leagues Club and several locations in Merimbula have also been identified by NSW Health as areas of concern.

The Tathra Hotel on NSW’s South Coast had already been linked to a confirmed Victorian case and a Woolworths store in Balmain was named as a place of concern this month after a worker who had returned from hotel quarantine in Victoria tested positive.

A student at Green Point Christian College on the Central Coast also tested positive this month, but NSW Health said it was likely to be a past infection and not an active case.

Epidemiologist and lecturer in international health at the University of NSW Abrar Ahmad Chughtai said the emergence of more case clusters is cause for concern.

“We should be taking this very seriously, in the scenario of a pandemic these cases are like wildfire, small spots can spread very quickly if they aren’t put out,” Dr Chughtai said.

“At this point in time, we can’t say it’s a second wave but we should be ready for it. We can easily contain these cases but, on the other hand, they could easily spread.”

NSW Health said in a statement on Monday: “While investigations are under way, NSW Health urges anyone who attended these venues at these times must watch for respiratory symptoms or fever, and if they occur, isolate and get tested for COVID-19 right away.”

There have been about 20 locally acquired cases confirmed in NSW since July 2.

In comparison, there were a total of six locally acquired cases reported throughout June, NSW Health data shows.

There were no cases of community transmission recorded between June 26 and July 1.

The number of locally acquired cases confirmed on Sunday, at seven, was higher than the number of overseas cases, at four, the first time this has happened since early May.

A number of the areas of concern in NSW have been linked to Victorian cases. Victoria recorded 177 new cases on Monday, including 25 from known clusters and one in a returned traveller in hotel quarantine.

Pallavi Singhal is a data journalist at The Sydney Morning Herald