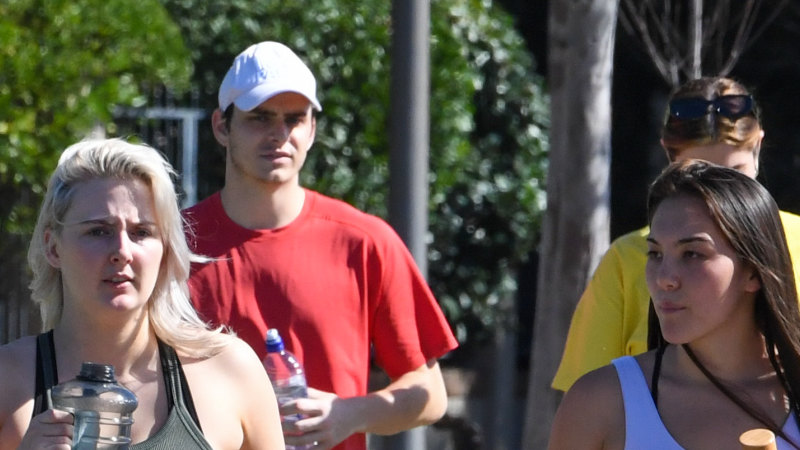 Fewer people reported losing their jobs in the June survey, down to 3 per cent of households from 6 per cent. But there was no change in the proportion (6 per cent) reporting difficulties finding a job.

The only stress-related measure to show an increase was rental stress. Mortgage stress fell through the period.

That reduced stress translated into a fall in key indicators of mental health problems.

In April, 42 per cent of people felt restless or fidgety but this had fallen to 25 per cent by mid-June. There were also falls in the proportion of people feeling nervous or believing everything was an effort.

But she cautioned that the survey was taken before the reintroduction of restrictions in Victoria, which is battling a jump in infections. Melburnians face a movement crackdown and the state’s boundary with NSW has been closed.

“Now that some parts of the country are either having to reinstate some restrictions or put a pause on easing them, it will be important to understand what impact this is likely to have on people’s mental health,” she said.

As the economy has reopened, activities Australians took up to deal with the tedium of lockdowns are falling out of favour.

The proportion of people who said they were spending more time with their pets reached 53 per cent in April but is now at 35 per cent.

Forty-two per cent of people said they had spent extra time on chores such as housework or gardening in April but this is now at 25 per cent, while a similar drop has been recorded for time spent on hobbies including board games and reading.

Australians have also cut their personal screen time on phones, computers or TV, to 44 per cent from 58 per cent.

Previous Sidebottom apologises for breaching protocols
Next Was there a guilty party in the blame game?