Real Footy podcast: ‘I think they’re in no man’s land’ 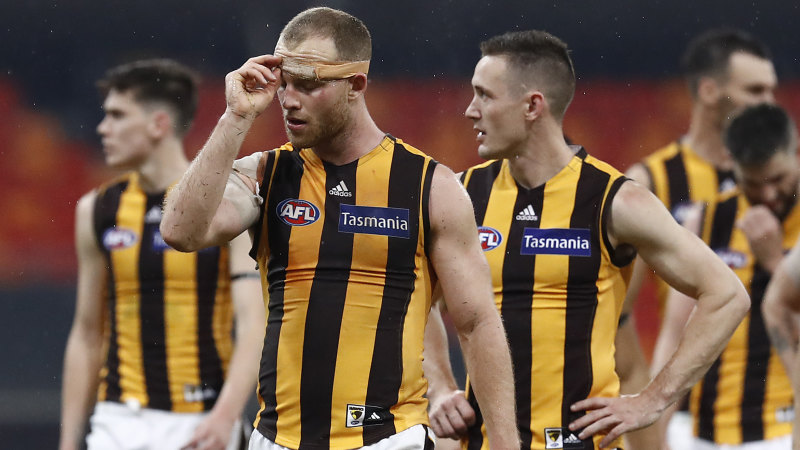 In recent times, the Hawks have chosen to trade for talent and add to what they have, rather than go to the draft.

But that seems to have left the club in stasis, neither going forward nor bottoming out.

This week on the Real Footy podcast, Michael Gleeson, Caroline Wilson and Jake Niall discuss the Hawks and whether they need to rebuild or not – and whether the decision has to be binary. Is Alastair Clarkson the man to take them forward? Did the Hawks give up too much to bring in certain players? And what are the on-field problems causing the most concern?

The panel also looks at the awful football played by Richmond and Sydney on Sunday, and the war of words that followed. Do clubs have a responsibility to put on a good show, now more than ever?