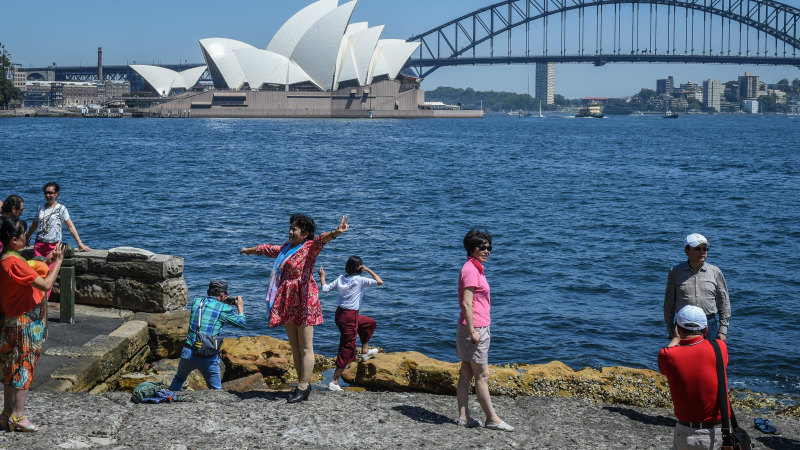 China’s foreign ministry on Monday also urged Chinese citizens “travel with caution to Australia in the near term” and to pay close attention to local safety risks citing a significant increase in “racial discrimination and acts of violence in Australia”. The ministry claimed Australian media had perpetuated anti-Chinese sentiment.

There have been reports of Chinese students being racially abused during the pandemic but the Morrison government maintains these are isolated incidents, not a systemic response to the coronavirus, which was first reported in China.

The rising animosity threatens to have wide-ranging ramifications beyond the coronavirus crisis.

China is Australia’s number one source of tourists and students, accounting for billions of dollars in spending across both sectors. Figures released by the Department of Education on Monday showed the number of Chinese students studying at Australian universities had dropped by 8 per cent in April compared to the same time last year.

Residents have been warned by Hong Kong police that pro-independence chants, flags and assemblies could be in violation of the new legislation. The legislation is so broad that Australians who are accused of undermining the Chinese state in Australia could be arrested on arrival in Hong Kong.

DFAT said Australians could break the law without realising and be arrested without evidence.

“If you’re concerned about the new law, reconsider your need to remain in Hong Kong,” the updated advice states.

The Chinese embassy last week accused the Australian government of disinformation and said law-abiding Australians had no need to worry.

“However, those who engage in illegal activities, such as drug smuggling or espionage, will be dealt with according to the laws in China, as is the case in all other countries,” a spokesman said.

“We have noted Australia’s updated travel advice regarding China, which asserts that Australians may be at risk of arbitrary detention. This is completely ridiculous and disinformation.”

Australia has offered up to 10,000 Hong Kong students and workers in Australia a five-year visa extension and a pathway to permanent residency in response to the legislation, which was triggered by 15 months of pro-democracy protests over Beijing’s rising influence in the former British colony.