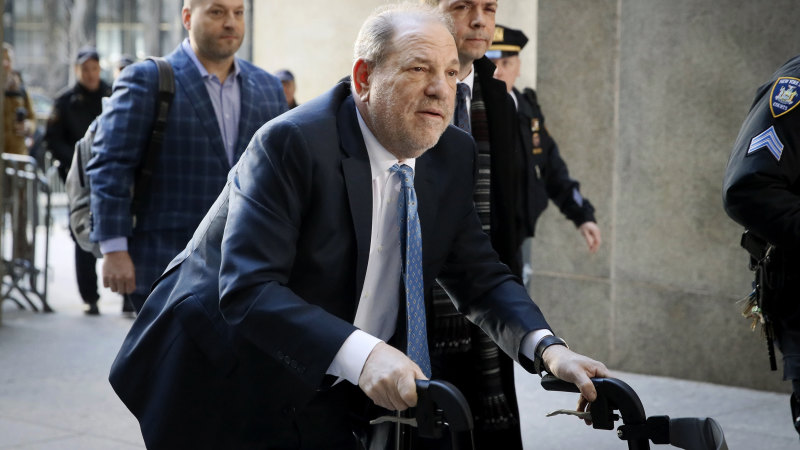 A spokesperson for New York Attorney General Letitia James, who announced the tentative agreement on June 30, said her office was reviewing the decision and determining its next steps.

“Our office has been fighting tirelessly to provide these brave women with the justice they are owed and will continue to do so,” Morgan Rubin said in a written statement.

The deal to settle lawsuits brought by James and a Chicago lawyer on behalf of multiple women would have provided between $US7500 and $US750,000 to some women who accused Weinstein of sexually abusing them.

The 68-year-old former Hollywood producer was convicted earlier this year of rape and sexual assault against two women.

Accusations by dozens of women in 2017 led to the downfall of his career and gave rise to #MeToo, the global movement to hold powerful men accountable for their sexual misconduct.

Weinstein was diagnosed in March with the coronavirus just days after he was moved to the state’s maximum security Wende Correctional Facility near Buffalo to begin serving his 23-year prison sentence.