WAG hub a possibility in Queensland

admin July 14, 2020 AFL Comments Off on WAG hub a possibility in Queensland 92 Views 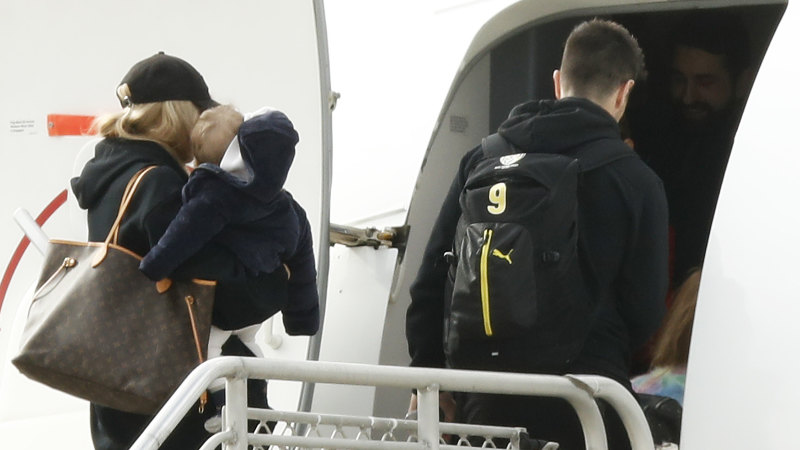 The move comes as the NRL considers moving the entire competition to the sunshine state out of concern at being trapped in NSW and blocked from leaving if the infection rates there rise. The NRL tightened restrictions on its players on Tuesday.

Many players already had wives or family with them – Melbourne for instance have seven players accompanied by family in their hub at present – but some girlfriends or wives did not initially depart because of work commitments or the belief the first hub would be for a brief period.

The AFL is understood to be open to the idea, particularly given the uncertainty about travel from Victoria for the foreseeable future and with the situation in NSW rapidly changing.

They were expected to enter discussions with the Players Association this week to gain agreement for players to be away for longer and play matches off four-day breaks to squeeze as many games as possible into the time away. Fixture boss Travis Auld said clubs would prefer to play matches while away rather than be forced to fill idle time.

The changing situation facing the AFL became further apparent on Tuesday when Queensland declared the Liverpool and Campbelltown areas to be coronavirus hotspots, meaning anyone who has been in those areas in the last 14 days will be denied entry and no longer be able to quarantine in Queensland.

The restrictions led fringe Greater Western Sydney player Nick Shipley to move out of his Campbelltown residence. No Sydney player or official was affected by the move however there are concerns more areas could soon be categorised as hotspots.

Melbourne are already preparing to leave their Sydney hub following Sunday’s match against Hawthorn, joining the large contingent of AFL clubs in Queensland, while the Hawks will be bound for Western Australia in the coming weeks.

An AFL source indicated on Tuesday that the league was leaving its options open with respect to the scheduled round eight match between Sydney and Hawthorn at the SCG, which could be shifted to Queensland.

The AFL is prepared to house most, if not all, of the competition in Queensland if required, but harbours concerns the state could close its borders to more of NSW, potentially backdated by two weeks, meaning clubs entering Queensland from NSW would need to obtain exemptions and head into quarantine.

Shipping more clubs to WA is an option however there are fewer accommodation options available in that state than in Queensland with Carlton expected to move into Joondalup Resort and Hawthorn to Crown when they relocate, taking over from Collingwood and Geelong who will head east after their series of matches in Perth.

Meanwhile South Australia announced on Tuesday that it had delayed reopening its border to NSW/ACT because of the Sydney spike.

The league remains hopeful of fulfilling at least some club contractual obligations by playing matches in Tasmania and the Northern Territory at some stage by the end of the season.

Previous What are the Palace Letters, in a nutshell?
Next McKenna’s Bombers future in doubt, setback for Daniher

‘We’re in a real pit’: Teague says disconnected Blues have lots to work on