AFL players and their partners juggling hubs and incoming bubs 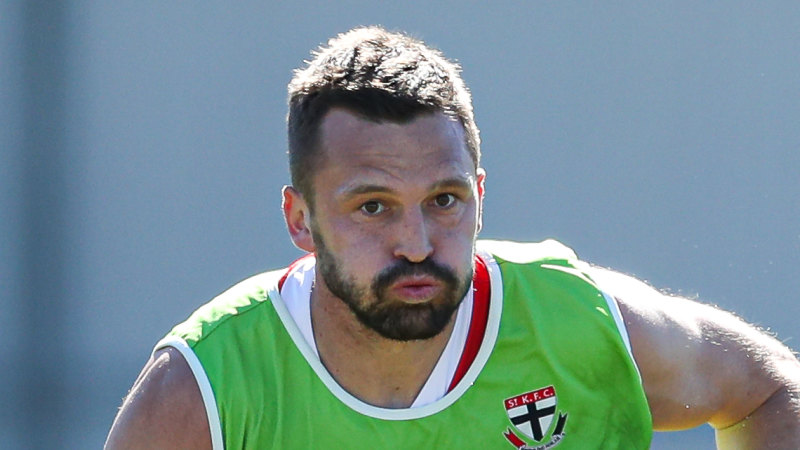 “We have got some players that have got babies due in 10 weeks,” Lethlean said on Wednesday.

“[They] will have to decide if they want to bring their partner up, get them through quarantine and have a baby up here.

“That’s certainly a live discussion for two of our players.

“They are having that discussion on the home front as to whether that’s the best thing for them and if the partner agrees, they would.

“They will obviously do the best thing by the partner and the pregnancy. But it’s a live discussion as you’ve got to be dedicated to push towards finals and play finals and not miss out.

“Those discussions will be happening every week from now, probably.”

Lethlean said the Saints expected there would also be players that would want to return home should the planned five-week period on the road be extended.

“I think there would be some at a certain stage that would say if I’m not in the mix, if I’m way out of the mix, I might get home and train from home and get back with my family,” Lethlean told SEN.

“Some that brought their families I think would be content to stay.

“We are catching up every two days with staff that are here, we have obviously got a lot of families back home, and players every two days to have those discussions to see how people are feeling about it.

“And we have got a lot of families back home that we all left on the pretense that we were away for 30-odd days and there was no home schooling and there was no lockdown and that changed as soon as we arrived.

“Embracing the uncertainty is a bit of the trick up here.”

It’s one of then many challenges that AFL clubs face over the coming weeks as 10 Victorian clubs – and potentially the two NSW clubs – base themselves in Queensland for the next 10 weeks.

Each club will be allowed to have 100 people within their own hub, which will be paid for by the AFL.

The league will then go halves on the cost of each extra person above 100.

Family members will have to quarantine for 14 days at a separate location before joining up with the players.