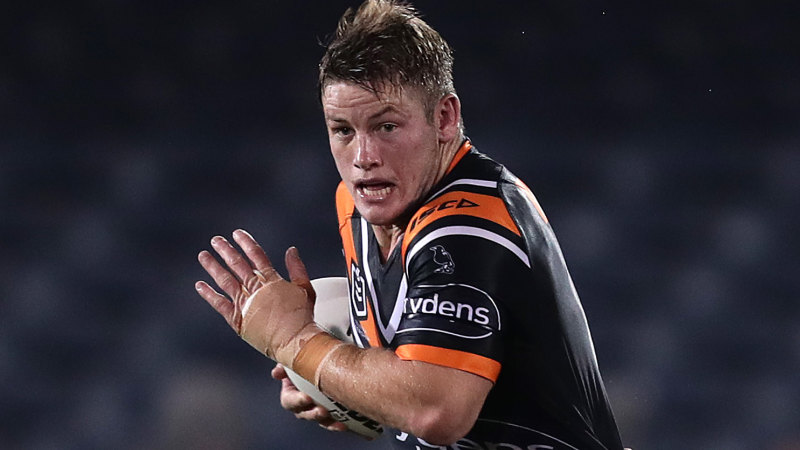 Wests Tigers are keen to keep Harry Grant for an extra year if Cameron Smith opts to play for another season, as part of a deal that would allow the rising rake to eventually return to the Storm.

Smith’s future is set to come to a head in the coming weeks, with all parties keen to know if the former Queensland and Australia skipper plans to play a 19th season in the NRL. Should he do so, Melbourne risk losing natural successor Grant, a youngster capable of owning the Storm No.9 jersey for the next decade.

Grant is signed to the Storm until the end of 2022, but has a clause in his contract that allows him to become a free agent should Smith play on next season.

Melbourne loaned Grant to the Tigers as part of a player-swap with Paul Momirovski to give him more game time. The young dummy half has made the most of his opportunity, emerging as a candidate for Maroons honours.

Previous McKenna a chance to take on Bulldogs
Next Rugby recruiters hit the phones to Gallop, Greenberg in CEO search