Next stop, masks in offices: Push for face coverings in all UK public places

admin 3 weeks ago World News Comments Off on Next stop, masks in offices: Push for face coverings in all UK public places 12 Views 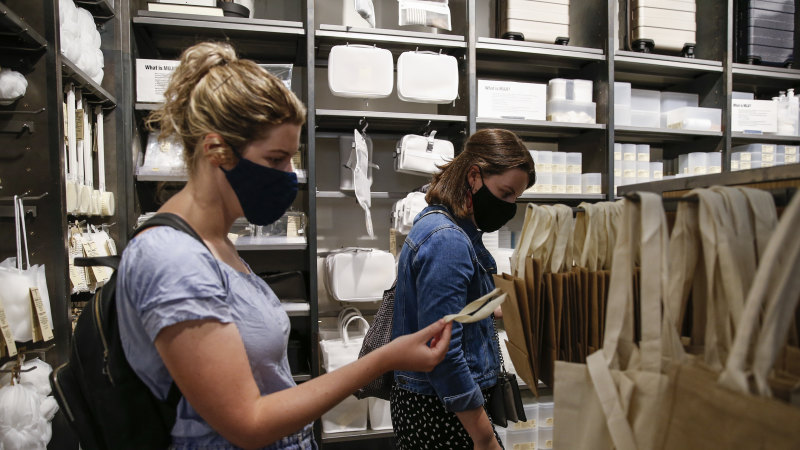 Prime Minister Boris Johnson is expected to set out a fresh “road map” for his long-term strategy on Friday, when he will give details of how the country will get back to work without risking a second spike.

The new laws on face masks in shops were unveiled this week amid growing confusion over the Government’s strategy, with even senior cabinet ministers apparently at odds over masks.

Michael Gove bought food from a branch of Pret a Manger without covering his face, despite telling the public it was “good sense” and “good manners” to do so. However, Liz Truss, his cabinet colleague, did wear a mask on Tuesday. The chain itself said it had no idea whether the rule would apply to it or not.

Johnson has faced a backlash from his MPs and ministers over the decision to force people to wear masks in shops, and on Tuesday a row broke out between retailers and Health Secretary Matt Hancock over his claim that deaths among shop staff had been “disproportionately” high.

Hancock told the Commons that COVID deaths among male sales and retail assistants were 75 per cent higher than the average, and 60 per cent for female staff, but Archie Norman, the Marks & Spencer chairman, said the claim was incorrect and would “make it less likely that people feel comfortable being in shops in the short-term”.

There are growing fears on the high street that the move will deter already nervous shoppers from spending.

Peter Cowgill, the J D Sports chief executive, told the BBC the introduction of mandatory face masks would negatively impact consumer confidence. He added: “I think it’s the inconsistencies and the indecisiveness that causes the lack of confidence.”

However, Hancock hinted at an extension to the rule, saying it was being introduced in “chunks”.

The feedback from bosses was that they would support “any measures” that would increase consumer confidence, but asked for the scientific evidence backing such a move.