Palace letters show Queen is out of place in Australian politics 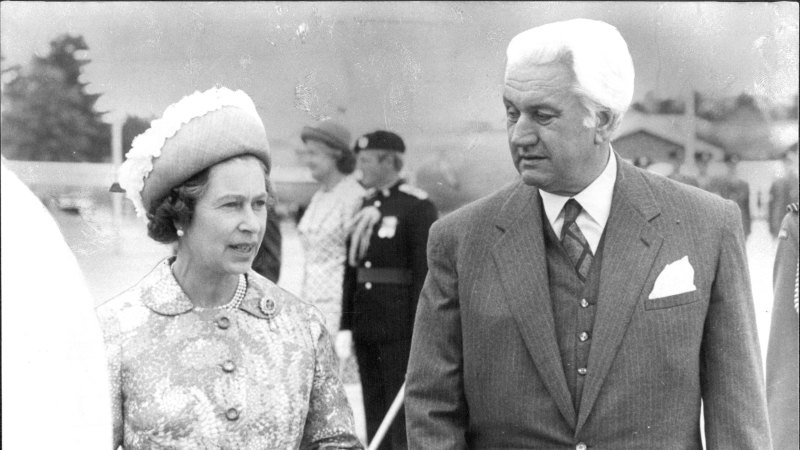 Republicans who want Australia to sever ties with the monarchy were hoping the letters would discredit the Queen by showing she had interfered in Australia’s domestic affairs and chosen sides in the dispute.

Expectations of major revelations were raised because Buckingham Palace was opposed to making the letters public.

A quick reading suggests the Queen’s fingerprints are not on the weapon and she was not involved directly at the decisive moment of the dismissal. However the letters show that her private secretary knew what Kerr was considering and either tacitly accepted it or at least did nothing to dissuade him.

Kerr took very seriously indeed his responsibility to act as the Queen’s representative, to keep her informed and consult with her.

This is what sticks in our craw. The idea that a head of state in another country had any role, however ambiguous, in Australian politics already seemed outdated in 1975 and it is even more so now that our ties with Britain have atrophied.

The political decisions we face in this nation should be taken in Australia by Australians.

The Age has long believed that Australia should one day become a republic, and the evidence of Kerr’s voluminous consultations with the Palace on his approach to Australian domestic politics only confirms that belief.

The timing of a republic, however, is difficult, and any shift should probably be delayed until the Queen’s extraordinary reign ends.

The first step should be to resolve the model for appointing the president of a future Australian republic. The referendum in 1999 failed because many republicans were sceptical about appointing a president with a two-thirds majority of Parliament and wanted a direct popular election.

A future republican constitutional convention could also consider the very wide reserve powers that still today allow a governor-general to dismiss a prime minister who enjoys a majority in the House of Representatives.

It could also consider whether the Senate, which is intended as a house of review and is not a reflection of the will of the majority, should have the power to block the government’s budget.

Without bipartisan political support, any referendum on a republic introduced in the near future is unlikely to yield a different result.

It is also questionable whether the republic should be the priority for constitutional reform since the campaign could easily distract from the push for an Indigenous Voice to Parliament.

While cutting our ties to Britain would help define us, the more urgent task is to acknowledge in the constitution the unique place of Indigenous Australia in our nation.

Previous Rugby recruiters hit the phones to Gallop, Greenberg in CEO search
Next AFL teams and expert tips, round seven