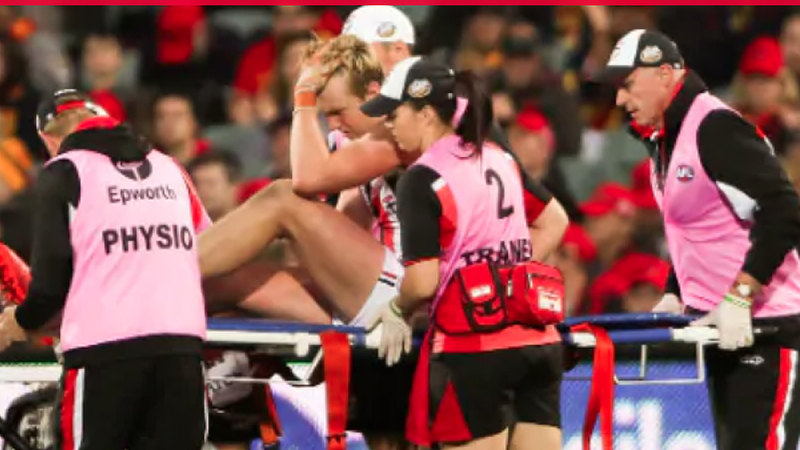 He has been one of St Kilda’s club doctors since 1997, and was granted life membership in 2016 for his services to the organisation.

Dr Stone, who also sees patients through private practice, has also been a member of the AFL Medical Officers Association Network, which offers treatment to former players. Records show he has been a doctor since 1981.

A spokesman for the club said the stolen materials concerning its players were limited to “basic hand-written notes relating to training sessions”.

“While the club acknowledges all information relating to its players is private, the secondary hand-written notes do not disclose each player’s full medical history, with those files secured at the football club,” he said.

A source familiar with these types of medical documents said they held potentially sensitive details about players’ mental and physical fitness, including vulnerabilities from injuries. The notes were supposedly made when the doctor consulted players before and after training sessions.

It remains unclear what information is contained on the missing laptop.

“The club is of the understanding that a private laptop that was part of the stolen goods contains no medical information relating to current or former St Kilda players,” the spokesman said, adding the laptop related to Dr Stone’s consulting work for people outside the club and was probably secured by a password.

The St Kilda spokesman initially declined to comment on whether affected players had been told that part of their medical files had been stolen.

In a revised statement, the club later said: “Players have also been informed of the theft of these notes.”

An AFL spokesman said the club had reported the theft to the AFL integrity department and “the doctor confirmed that his hand-written notes related to player training notes and no personal player medical information was stored on his personal computer”.

The AFL Players’ Association said it was aware of the theft.

Dr Stone’s car was broken into outside his Kew home during a 12-hour period on the night of June 18 or early morning of June 19. Under privacy and industry regulations, medical professionals are required to ensure patient records are stored securely.

In late June Dr Stone’s St Kilda FC identity pass was found in the doorway of a building on Sydney Road in Brunswick. The club spokesman said the ID had been cancelled as soon as the theft was reported to the club.

None of the other material stolen from the car has been recovered.

The medical files have most likely been dumped in the garbage and the laptop sold for cash, sources say. But there is also a lucrative underground market for personal information gleaned from stolen wallets, bags and mailboxes that can be used to create fake IDs and other documents.

Victoria Police has asked anyone who witnessed the incident or with information about the stolen items to contact Crime Stoppers on 1800 333 000.

Previous Hotels debacle is biting Andrews
Next We’re walking through this together: please don’t take that away

“I just don’t have worry about lots of things. We have a settled life here,” …