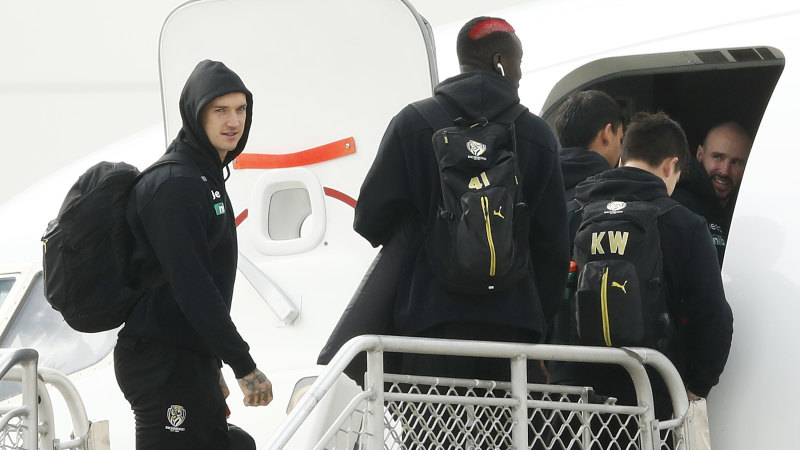 Kennett said there would not be lasting damage to Victorian clubs, in comparison to those from other states, as a result of the current exodus and situation.

“No, not at all, because the AFL is based here, we have 10 clubs, we have long-term contracts with the MCG [and Marvel Stadium and Geelong] … this is a sad but necessary aberration of the norm.”

Kennett, a former Victorian premier, said it was unlikely football would return to Victoria for the home-and-away season. The AFL view is the same – that is more likely than not that there won’t any further home-and-away games in Victoria.

“We probably won’t see any football for the home and away,” said Kennett, who felt that the grand final would be better where full crowds were possible, if that wasn’t possible at the MCG.

“If there can’t be crowds there, I would rather it was played in a stadium that was full.”

Kennett remained optimistic that football would be played in Tasmania, where the Hawks have a deal to play four games in a 22-game season, but as yet have not been able to host a game there.

“We’re still hopeful we’ll get down to Tasmania for a few games.”

Kennett also said he was hopeful that “by the start of next year we’ll have a normal season”.

But the former Victorian premier, who took over the state in 1991 in a recession, did not agree that the broader COVID-19 crisis was humiliating for the state: “No, no. We are the butt of jokes around the country but we’ve been there before in the late ’80s and ’90s.”

Kennett said the state had rebounded in the ’90s, having reforms and then growth. “We can do it again. The real excitement is going to be the rebuilding.”

‘We’re in a real pit’: Teague says disconnected Blues have lots to work on