admin July 16, 2020 National News Comments Off on Australia’s dirty secret and the trial too sensitive for an open court 52 Views 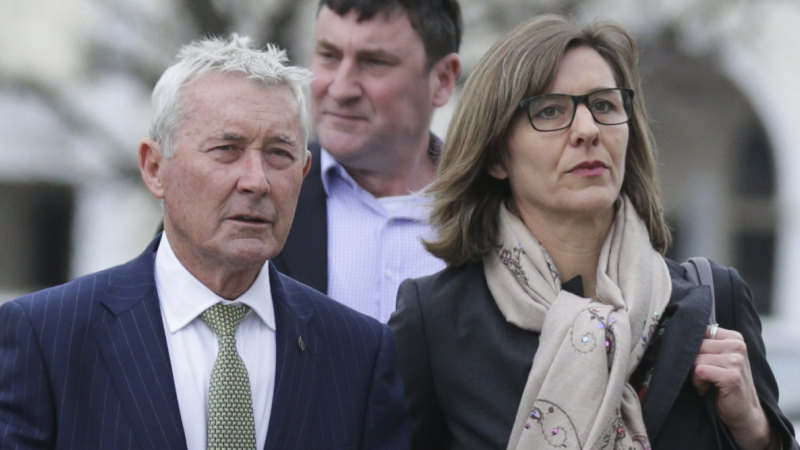 And the government is still pursuing barrister Bernard Collaery in the courts over claimed breaches of intelligence secrecy laws in relation to an operation in Dili in 2004, when the Howard government spied on and bugged Timor-Leste officials’ private discussions about maritime boundary negotiations – to give Australia the upper hand.

To recap, Collaery became the approved legal representative for Witness K, the Australian spy who thought there was something rotten about that operation. After unsuccessful attempts to raise the alarm through official channels, Witness K resorted to blowing the whistle and, ultimately, pleaded guilty last year to breaching secrecy laws.

But Collaery, the lawyer representing the whistleblower, is also accused of breaching those laws and will fight the charges – albeit while he is prosecuted under worrying secrecy.

Sixteen years after Australia’s spying activities against a friendly neighbour – diverted from the war on terrorism – the Morrison government is going to incredible lengths and expense to prevent the full facts from being admitted, to prevent ministers and bureaucrats of the Howard administration being held to account or the identification of business interests that were favoured.

The ACT Supreme Court ruled last month, in the government’s favour, that sections of the Collaery trial would be held in secret because material identified by the Attorney-General as sensitive should remain classified.

It is probably more than coincidence that Timor-Leste’s original negotiator, Xanana Gusmao, was keen to testify, having forced a renegotiation of the maritime boundaries through action in the Permanent Court of Arbitration in the Hague. Ironically, it backed a boundary that the Howard government had spied to avoid.

By objective assessment, this espionage was illegal, immoral and corrupt – a rich country seeking to disadvantage one of the poorest – to the obvious benefit of private companies, initiated by a government that had been wallowing in its role in achieving Timor-Leste’s independence. Our governments would, of course, defend secrecy about espionage aimed at combating terrorism and other security threats, but surely this doesn’t extend to blatantly commercial ventures that are against the interests of our friendly neighbour and, indeed, our national interest?

How is it consistent that our government takes a strong position against Chinese aggression in the South China Sea, but defends its spying activities to the detriment of Timor-Leste? How is this consistent with our defence of the global “rules-based system”?

The effect of the Witness K and Collaery cases is to send a chill through anyone who might contemplate exposing the immoral and illegal actions of their government.

There are important questions about the agendas and relationships of the public service and private sector advisers who drove and implemented this breach of foreign policy strategy, and about those who stood to benefit, and by how much they may have benefited financially or in what other way?

There are also important questions concerning conflicts of interest and whether some involved had existing or prospective relationships with the private sector beneficiaries at the time of the spying and subsequent negotiations, or were to benefit post politics?

All up, an overwhelming case for a National Integrity and Corruption Commission, with real teeth.