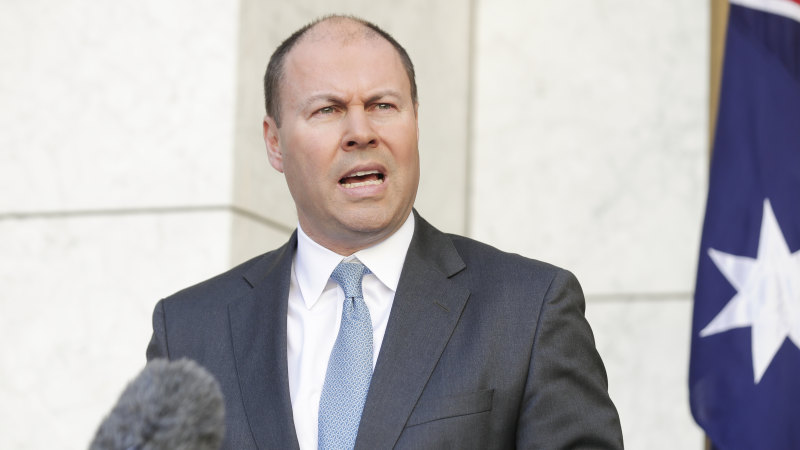 The bottom line is that even after the end of lockdowns in all states there were still about 660,000 fewer people employed than in February and total hours worked were still about 7 per cent lower.

Treasurer Josh Frydenberg said this week that in effect the unemployment rate is more than 13 per cent.

The new outbreaks of COVID-19 are almost certain to delay any recovery not just in Victoria and NSW but across Australia.

The anxiety, lockdowns and border closures will damage winter holiday tourism and consumer confidence in other states.

In fact, many employers who have held tight for four months are only now retrenching staff as they see little sign of improvement. The University of NSW said this week that it was cutting 500 jobs.

The good news is that the government has realised it is still far too soon to take away the economic safety net it extended in March.

It has announced previously stimulus measures for home building and the arts, and on Thursday a $2 billion boost for training and apprenticeships was revealed. Mr Frydenberg has promised to announce a much more significant “second phase of income support” in an economic statement on July 23.

He says it will be targeted, temporary and a modified version of the JobKeeper and JobSeeker programs announced in March, which were originally supposed to expire in September.

For his part, Opposition Leader Anthony Albanese has promised to take a constructive approach to the package on certain conditions.

Mr Albanese says he accepts the need to taper income support and perhaps reduce the very generous rate of JobKeeper for casual workers.

He wants any reductions to the benefits to take effect in stages as the unemployment rate falls.

There will be plenty to dispute next week, as both parties haggle over the timeline of any reduction and the baseline income of future unemployment benefits.

The Age would argue that in addition to temporary income support the government should increase investment in productivity-enhancing infrastructure and training.

With the pandemic dragging on, all sides need to come together to craft a package that supports the economy and protects the most vulnerable while spending cash in the most efficient way.