Pauline Hanson shareholding went under the radar for six months 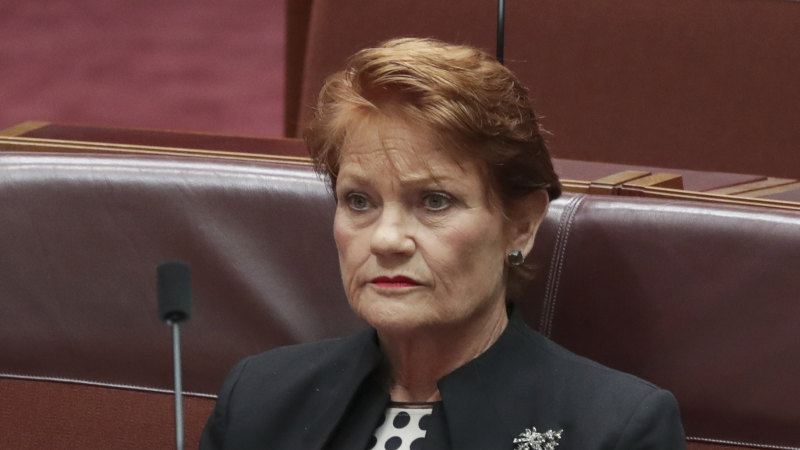 Senate rules require senators to disclose a range of interests, including shareholdings, on the public register within 35 days of their acquisition.

A spokesman for Senator Hanson said the Mackay accountant that registered the company went on holiday over Christmas 2019 and failed to tell her the shares had been issued until late January. When Senator Hanson’s office received the notice, her staff sent an email to the parliamentary staff who maintain the register in early February, the spokesman said.

But due to “some administrative issues” the register was not updated publicly until Thursday. A clerk with the registry confirmed it had “tidied up” Senator Hanson’s statement of interests after realising the issue.

“An email updating Senator Hanson’s pecuniary interest was sent immediately following her investment into SETA Recycling,” Senator Hanson’s spokesman said, adding the disclosure had been according to the rules. “Senator Hanson not only supports recycling measures within Queensland but puts her money where her mouth is.”

Queensland Labor senator Murray Watt said Senator Hanson should follow the same rules as every other politician. “All politicians have to disclose their share ownership for a reason – it ensures they don’t use their positions for their personal benefit,” he said.

One of Senator Hanson’s advisers, lawyer Donald Bundesen, is a director of SETA and Claire Bundesen, who shares an address with him, owns 37.5 per cent of the company’s shares.

‘Senator Hanson not only supports recycling measures within Queensland but puts her money where her mouth is.’

Mr Towner said he reached out to Senator Hanson after other politicians ignored his attempts to get them interested in his company, which he said was yet to turn a profit because it was a startup.

“We contacted Pauline’s office because she’s quite heavily involved in recycling and she’s all for the Australian farmer so there were synergies there with our business model,” he said.

SETA had recovered between 500 and 700 tonnes of plastic waste for recycling from farms and mines, Mr Towner said.

Managing plastic waste from farms has been a growing problem since 2018, when China and several other large waste importing countries decided to stop taking Australia’s rubbish.