Race-by-race guide and tips for Taree on Friday

admin July 16, 2020 Sport Comments Off on Race-by-race guide and tips for Taree on Friday 57 Views 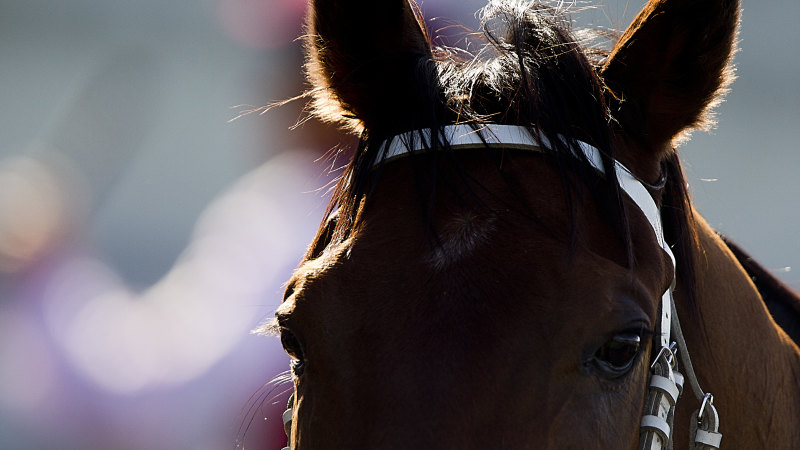 Tough maiden, with several chances. Port Macquarie 5YO 9. Another Option, trained by Alan Hayden, has a modest record from 18 attempts but his last two closing efforts in handy company have been good. Draws to get a nice trail back in the field.

Dangers: Newcastle 3YO 1. Essoess improved nicely at his second start finding the line strong at Port Macquarie when hard in the market and can peak over this trip. Rival Newcastle mare 6. Unforgettable didn’t savage the line second-up in that same Port maiden but is better ridden a little quieter with blinkers on. Local 4YO 10. Lock And Launch has been freshened since a plain effort here in a stronger maiden. Gets significant weight relief but will need to find cover early from a wide draw. Expect improvement from Wyong mare 12. Schengen, who has placed in his last two, although beaten a long way, but is hard fit and carries 2kg less.

Intriguing maiden that could prove a strong formline. Keen on 3YO Scone gelding 3. King Coni (Nicconi x Royalla by King Cugat) if he debuts here for the Cameron Crockett yard off a dominant trial win, although he may go to Dubbo. Was scratched from Tamworth on Monday, and dam was at her best on rain-affected ground.

Dangers: Improving Newcastle filly 7. Lilly Pilly has finished off well in two handy maidens this prep, and in-form trainer has added the winkers. Another Scone 3YO debutant 2. Kashikoi (Kuroshio x Fortiche by Any Given Saturday) was also preferred here instead of that same race at Tamworth, and has trialled in heavy ground. Wyong filly 6. Enamour (also accepted at Dubbo) was a little flat resuming at home, although better placed here and gets a significant 4kg claim. Don’t discard the second Crockett runner, 4YO mare 8. Now Or Never (also accepted at Dubbo) who got home well resuming in a strong maiden at Muswellbrook when heavily specked at odds. Include Wyong 2YO gelding 11. Royal Charge who was steady on debut in that same maiden at the ‘brook; while watch the betting on local filly 4. Atlantic Lite resuming without an official trial and the blinkers off, but showed ability in her first prep.

How to play it: King Coni to win, but if scratched, Lilly Pilly to win.

Good quality sprint. Local 4YO mare 2. Boom Queen from the Tony Ball yard will need plenty of speed on up front but she finished hard resuming off a long break in a thinner race here and is well placed dropping 4.5kg.

Dangers: Wyong mare 1. Invincible Kiss is up sharply in weight but a long way back in grade after buckling under pressure behind a smart one in a BM 78 at Randwick. Been taking on tougher grades since a dominant win at this track and class five runs back. Newcastle 3YO 3. Dodecanese returned with a smart win at Scone from well back when heavily tried from a big price, but a query on whether he can reproduce that in tougher company second-up. Capable home-track 4YO 6. Fair Dinkum has enough ability and comes back from a luckless run in superior Highway grade, but he’s never been reliable and at the weights would need to produce his best.

Now the stayers’ turn in a tricky and wider contest, and the weights will have a big say with 7kg from top to bottom. Like 4YO gelding 7. Kapcer Boy from the Jane Clement stable at Tamworth up in grade and down in weight off a dominant BM 58 win at Mudgee. Previously was close-up this grade on a heavy 10 at home, and the winner that day then missed by a head at Tamworth on Monday. Maps to get a sweet run right behind the speed.

Dangers: Newcastle 7YO 3. Chosen Prince is at peak fitness and hit the line nicely in his last couple but up sharply in weight. Include Coffs Harbour 5YO 8. Real Time Warrior if you’re playing the exotics.

How to play it: Kapcer Boy to win.

Another competitive race for the restricted sprinters, but 3YO Newcastle filly 8. Dream Song from the Kris Lees stable is the one on the rise and can peak here third-up. Finished off well behind a smart youngster at Scone run in slick time before ridden quieter and thundering home in a handy Class 1 at Muswellbrook. Up a little in weight, but by a renowned wet track sire and this trip looks ideal.

Dangers: Improving Newcastle 3YO 7. Dr Copper is a threat after landing a big betting move surging home to win his maiden at Quirindi. Only missed a place once in his last five and should get through the ground. Port Macquarie 3YO 6. Stonecold Flex let punters down when heavily backed in a Class 1 at Grafton, but the pressure was on a long way from home there and previously stuck on OK after leading in a stronger Highway at Rosehill. Liked the way Hawkesbury 4YO 4. Black Star Bowie found the line second-up in a Class 1 at Nowra after covering ground, although not well treated at the weights; while Port 4YO 1. Okay Boss has to lump a big weight, but was an impressive CL3 winner three runs back and is best of the rest.

How to play it: Dream Song to win.

Improving 5YO Muswellbrook gelding 1. Nine Not Out from the Todd Howlett stable has been building nicely towards this distance, and can pounce here, although has accepted for Dubbo as well. Has rattled home late last two in slighter tougher grades, and leading country rider going on is a strong pointer.

Dangers: Port 4YO 2. Honovi had been banging on the door for much of this prep before finally landing his maiden here after stalking the speed. Tougher test, but drops 2kg and drawn to get a handy trail. Watch the market on former Tamworth mare 5. Zouling having first run for the in-form Nathan Doyle yard at Newcastle. Form has been very patchy, but the trainer has replaced blinkers with winkers. Kempsey filly 4. Neptune’s Wink; and Port filly 6. Razano weren’t far apart in that same BM 50 last start, but meeting some smarter ones here.

How to play it: Nine Not Out to win.

Fairly even battle over the mile to finish, with many coming through the same last start race here over 1400m. Improving 5YO Gosford gelding 5. Dashing ‘N’ Daring from the Kylie Gavenlock stable won that race second-up in smart fashion after parking behind the speed. Up in weight, but rise in trip looks ideal and looms as the one to beat.

Dangers: Expect big improvement from home track 4YO 1. Senatorial, who didn’t fire a shot resuming in that race, but his form last prep, winning two straight before narrowly beaten charging home in a Highway at Rosehill is easily good enough, and stronger rider goes on. Port 5YO 2. Condover Hall is hard to catch and no match for the top selection last start, but he draws to get a soft run. Include Wauchope 5YO 7. Salty Rain, who did his best work late behind Dashing ‘N’ Daring, and will eat up the extra distance.

How to play it: Dashing ‘N’ Daring to win.