Can Swan Papley claim the Coleman?

admin 4 weeks ago AFL Comments Off on Can Swan Papley claim the Coleman? 14 Views 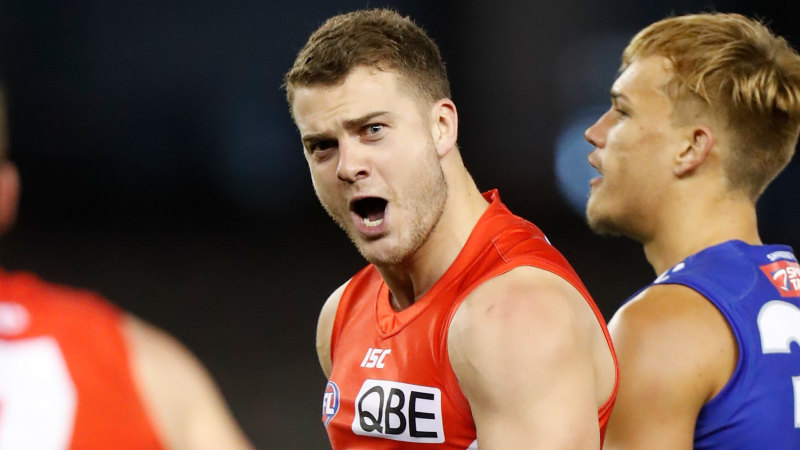 This season will go down as one of the more bizarre in the 124-year history of the VFL/AFL, so if there is to be an extraordinary result this could be the year.

Papley, of course, is after team success over individual gongs. He says he has not given too much thought to the award but that could change if he is still in contention deep into the season.

“Absolutely, you’d be be silly if you didn’t want to win that but I’m not looking to that at all,” Papley said “If I was to win a Coleman Medal, other than a premiership, as a forward that’s the next thing you want to do.

“I’ve never thought about it to be honest – unless it gets to the last four rounds.”

Former winners Jack Riewoldt and Josh Kennedy are among those who have started slowly this season. Franklin has not stepped foot on the field – and is still some time away from doing so.

Others, such as Tom Hawkins and Tom Lynch, have not kicked a bag to rocket up the list, while North Melbourne’s Ben Brown is in a slump. Papley is not sure why the big men have struggled.

“It’s 2020, it’s a funny season. I’m sure those boys will start building soon. There’s a lot of good key forwards in the game,” Papley said.

Greater Western Sydney wingman Harry Perryman was a shock leader after three rounds with eight goals, having managed only four in his previous 36 games.

Papley has since taken over the running. His tally of 13 puts him one clear of Port Adelaide’s Charlie Dixon and Collingwood’s Brody Mihocek, who would also be a longshot winner.

All this despite playing in a side which has scored fewer goals than all bar the winless Adelaide, and Melbourne, who have played one fewer game.

Papley put the writing on the wall in the state of origin game for bushfire relief, jagging five goals in a match featuring the best players in the league. That form carried into the season proper and beyond the competition’s lengthy pandemic-enforced hiatus, despite a “dodgy knee”.

“I didn’t do much in the COVID part, running-wise. My knee was bit tender, I got a rest and now my knees are pretty good,” Papley said.

“It might be saying something: maybe the strength and conditioning guys have us running too much.”

The double-header on Wednesday, exclusively broadcast on Fox Footy, had 176,000 for the twilight clash …