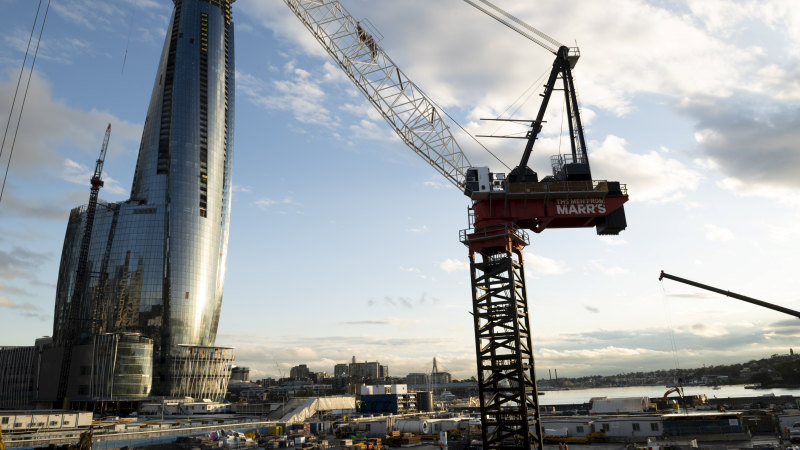 In August last year, the Berejiklian government abandoned its high-stakes legal battle against casino giant Crown Resorts and developer Lendlease over views and sight lines from their tower developments at Barangaroo. Crown and Lendlease said there would be clear views of the Sydney Opera House and Harbour Bridge from their waterfront buildings after the companies reached a confidential out-of-court settlement with the NSW government.

Central Barangaroo was to be built by a Grocon-led consortium but the developer exited in September last year as an outcome of its failed negotiations with its former commercial partners.

Crown and Lendlease were concerned that high-rise residential towers being built by the Grocon-led consortium would block views of the Sydney Opera House and Harbour Bridge from their buildings. After failing to reach agreement with the other parties, Grocon sold its stake to the Chinese developer Aqualand.

Mr Grollo believes his company is entitled to know the details of that deal, as it impacted the potential development at Central Barangaroo, including any failure of the NSW Government to lock in the sight lines, enabling the project to progress to the next stage after the Crown/Lendlease case was settled.

“It’s no secret that Grocon has experienced financial issues in the past few years, primarily because of the ongoing delays on the Central Barangaroo project,” Mr Grollo said. “As a result, Grocon was left many millions of dollars out of pocket after years and years of work.”

Mr Grollo said these delays were caused because of the Crown/Lendlease sight lines issues that eventually ended up in court. “And, of course, history now shows us the NSW Government effectively sold the views twice,” he said.

An Infrastructure NSW spokeswoman said: “We acknowledge Grocon’s decision to pursue proceedings in the Supreme Court. We do not accept that there is any basis for the claim, and believe it is in the public interest to defend the government’s position.”

Mr Grollo said that these delays were caused because of the Crown/Lendlease sight lines issues that eventually ended up in court.

“And, of course, history now shows us the NSW government effectively sold the views twice,” he said.

“While the NSW Government settled with Crown and Lendlease, Grocon was left without the views and scale it was promised. The NSW Supreme Court found the government did not fairly negotiate with Crown/Lendlease, and Grocon is in exactly the same position.”

Plans for Central Barangaroo will be part of further changes to the Barangaroo concept plan which will be lodged in 2020.