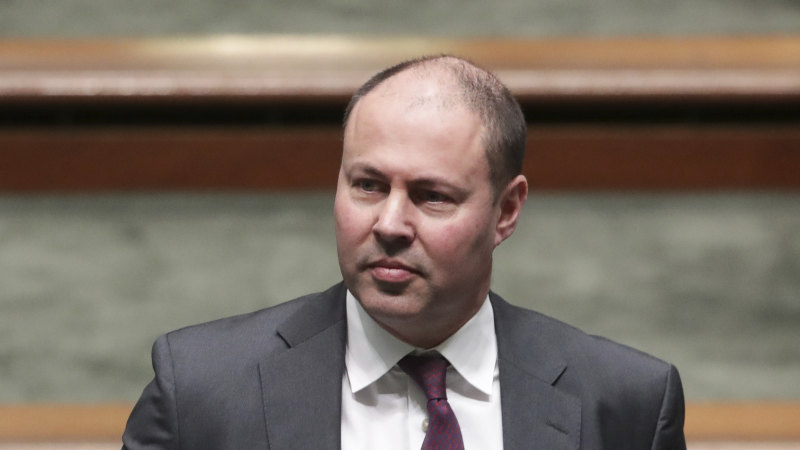 Mr Frydenberg said the national recovery remained on track but hinged on whether states and territories could hold the line against the Victorian outbreak.

“There will be another phase of income support,” he said in an interview with The Age and The Sydney Morning Herald.

“There’s a lot of uncertainty in the economic environment and the Victorian situation is a significant setback.

“It’s diminished confidence beyond the Victorian border and the recovery is a confidence game.

“So, maintaining business and household confidence is going to be critical.”

Mr Frydenberg, the federal government’s most senior Victorian cabinet minister, did not engage in the blame game over Premier Daniel Andrews and hotel quarantine breaches but said the state outbreak had cut the federal economic forecasts.

Ahead of a major economic statement this Thursday, the Treasurer said the key industries needing support were tourism, arts and recreation, hospitality and aviation.

About 3.3 million people are receiving the JobKeeper wage subsidy of $1500 per fortnight but the last payment will be made on September 27 and the government will use Thursday’s statement to outline further support.

Mr Frydenberg rejected Labor criticism of an imminent cut to essential payments and emphasised “income support” would continue, although he did not describe the next phase as a wage subsidy.

The government is also preparing to reveal the future rate for the JobSeeker unemployment benefit, worth $1100 per fortnight until the end of September and then likely to fall to a level above the old Newstart rate of $565 per fortnight.

The Greens have called for the $1100 rate to be made permanent while Labor wants a significant increase on the old rate.

“The cases in Victoria are having an impact on the speed and the trajectory of the national recovery, and that’s inevitable,” Mr Frydenberg said.

“How successful other states are at managing new cases will be critical to how quickly we can get people back to work.

“Barring the spread of the virus in significant numbers beyond Victoria, we expect to see the other state and territory economies continue their recovery.

“Things were really improving, businesses and households were regaining confidence, but the Victorian spike has occurred and that’s a significant setback for a quarter of the national economy.

Labor leader Anthony Albanese has accused the government of sending “mixed messages” about its intentions and has called on it to extend the JobKeeper payment under a targeted scheme that is tapered to end slowly if the recovery comes.

“We’re the party that advocated wage subsidies and had we not done so the Australian economy would be in a worse position,” Mr Albanese said.

The Opposition Leader said he would be “constructive” on the changes to JobKeeper and JobSeeker to be put to Parliament in August but would “hold the government to account” to make sure income support continued to those in need.

While the official unemployment rate rose to 7.4 per cent on Thursday, the government assumes the real situation is worse because there are another 175,000 people who still have jobs but are working zero hours while on JobKeeper. The 175,000 estimate has fallen from 313,000 in May.

Mr Frydenberg’s team estimates this means 11.3 per cent of the labour force is in “effective” unemployment.

“The reality is that with JobKeeper and the higher JobSeeker with the coronavirus supplement, we’re providing more support than ever to that cohort,” the Treasurer said.

“What is different this time is that as the economy is weakened by COVID-19 and as consumption patterns change, there’s less aggregate demand and restrictions are still in place, there are obviously less jobs for people to find.

“Therefore people are going to be requiring this support for longer than might otherwise be the case.”

Previous Enough COVID carbs, it’s time for some lockdown lettuce
Next The 13 NSW projects set to inject more than $4 billion into the economy