admin July 17, 2020 National News Comments Off on The 13 NSW projects set to inject more than $4 billion into the economy 90 Views 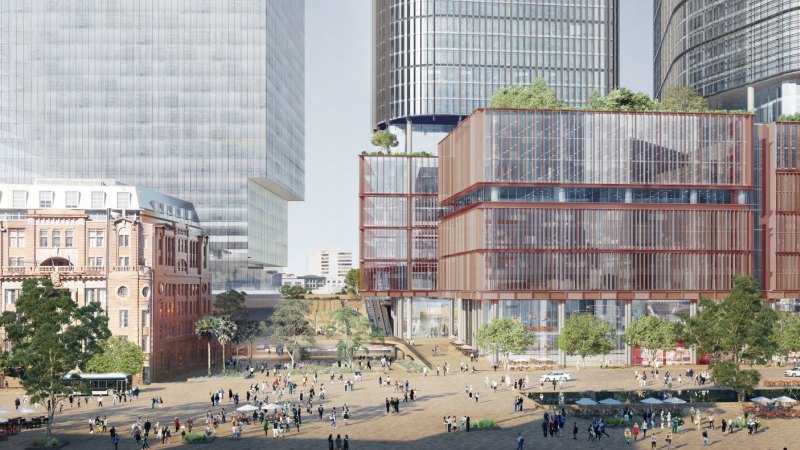 “It’s the type of investment that will hopefully create future jobs in future industries and drive the economy for western Sydney in a clean and efficient manner,” he said.

The first stage of the govenment’s spruiked Sydney tech precinct at Central Station, where Atlassian plans to build the world’s tallest hybrid timber tower, has also been included in the accelerated assessments, with the rezoning proposal for the first area to be looked at.

The proposal sets out the planning controls for the southern end of the Sydney CBD, renamed the western gateway, to enable significant redevelopment with plans to allow buildings more than 200m high, sparking concerns from some areas, including about adverse visual impacts.

A proposal to rezone land in the Blacktown CBD to allow increase building heights and remove floor space ratio controls as part of a planned $1.1 billion redevelopment of the western Sydney community, as well as plans to improve freight rail access between southern Sydney and Port Botany, and inland freight rail between Sydney and Melbourne.

Plans for a $50 million Cricket NSW Centre of Excellence and a dedicated training and education facility in Parramatta will also be assessed.

“The fast-tracked assessment program is a key part of the NSW government’s COVID-19 Recovery Plan as we continue to get shovel-ready projects out the door to keep people in jobs and keep the economy moving,” Mr Stokes said.

“This latest tranche of projects could enable the next step in Central Sydney’s technology transformation, as well as major revamps for the Kensington to Kingsford light rail corridor, a billion-dollar renewal of Blacktown CBD and a new over-station development at the future Crows Nest metro station.”

Mr Stokes said, to date, the government had determined 67 projects through the accelerated assessment program since it launched in late April.

Local Government NSW president Linda Scott said councils had given cautious support for the fast-tracking measure but raised concerns about whether proper assessment could occur.

“We have previously stated our support for a flexible and streamlined planning process and councils’ willingness to work with the state government to help fast-track infrastructure and other projects that will stimulate jobs growth, provided they do not short-cut the proper planning assessments,” she said.

A development application or rezoning must already be in the state’s planning system and demonstrate an ability to create jobs during construction and after completion to be considered for fast-tracking.

Previous Overgoverned and underfunded: The bind strangling Olympic sports
Next Jenny Hocking: victor in a dogged pursuit of our missing history