All aboard the COVID-19 roller coaster!

admin July 18, 2020 Victoria News Comments Off on All aboard the COVID-19 roller coaster! 39 Views 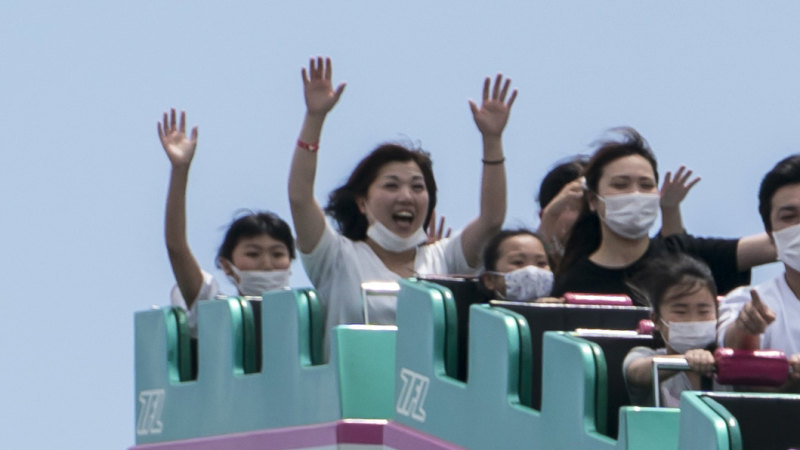 Calls for the Premier to resign, or for ministers to be sacked, are wild over-reach. Can we have the trial first and then the verdict, after we hear the evidence? The hotel quarantine judicial inquiry starts Monday and we will soon learn if there was negligence, panic, incompetence or naivety – or a combination of them all. The opposition runs the risk of “boy who cried wolf” syndrome if repeated and premature calls for resignations rain down like … droplets from a sneeze.

Generalisations are tempting and this is an entirely non-scientific study, but as I cross town twice a week whilst doing my share of shopping and cooking for elderly frail parents, I notice substantial variance in mask behaviour. There are suburbs where hardly anyone wears a mask, and there are suburbs where nearly everyone is wearing a mask.

Are we seeing a localised adoption of the Trump politicisation of the face mask? Instead of it being a sensible and widely recommended public health measure, with negligible side effects, has it become a symbol of personal identity?

Can we conclude that “no mask” shouts to the world that I am a sturdy, healthy, defiant individual who charts an independent course even in times of peril? “No one can tell me what to do, no matter the problem. I am a risk taker and I will decide for myself,” is the message. Or maybe the refusenik is just a selfish or ill-informed soul who derides expert advice, thinks they know better than everyone and only cares about their own wellbeing with no regard for neighbours, community and especially the vulnerable. The very embodiment of that notorious sense of entitlement.

Our Prime Minister and premiers, chief health officers and every expert in the world have hammered home the same message over and over again: we can only get through this if we all make a consistent effort and do as asked. They are correct. Every bit of leakage undermines all the gains.

They couldn’t be any clearer. Refuseniks display a mindset that precautionary measures apply to everyone else but not to them. Just like the mentality of anti-vaxxers, bikers not wearing helmets, drivers without seat belts, drink drivers or those still wanting to be smoking in enclosed spaces, it beggars belief.

We need a public campaign akin to “Drink Drive Bloody Idiot” to change the public perception of mask-wearing. It needs to be uncool to refuse and cool to use a mask. Like bicycle or skateboard helmets – or, appropriately for this time of year, snow sport helmets – it must become the default setting to use a mask in public for the duration of the emergency.

Equally disappointing has been some of the criticism of the efforts of the frontline workers, the health and allied professionals, the volunteers, the emergency personnel, and the bureaucrats planning and executing this extraordinary response.

Some critics seem to expect the state and federal governments to have some magic switch to flick that instantly produces thousands of meals, test kits, PPEs and everything needed to cater to all manner of health, dietary and religious groups, and every imaginable challenge. The same armchair critics would be the first to accuse governments of indulgent waste if there were stockpiles in reserve as a contingency.

The response has not been perfect and lessons will be learned. The best way to restore confidence in our pandemic response is for the Andrews government to get it to work properly. Questions must be asked, decisions ought be scrutinised, and explanations sought. But to deny the incredible work of weary teams selflessly working around the clock for weeks without a break is as harsh as it is unrealistic. Enough negativity.

Previous The ‘unicorn dogs’ that will help track endangered species
Next ‘Gaps in the system’: Move to overhaul paper-based gun licensing system