‘It just seemed to get worse’: Ramdhani looks for Kensington answers

admin July 19, 2020 Sport Comments Off on ‘It just seemed to get worse’: Ramdhani looks for Kensington answers 80 Views 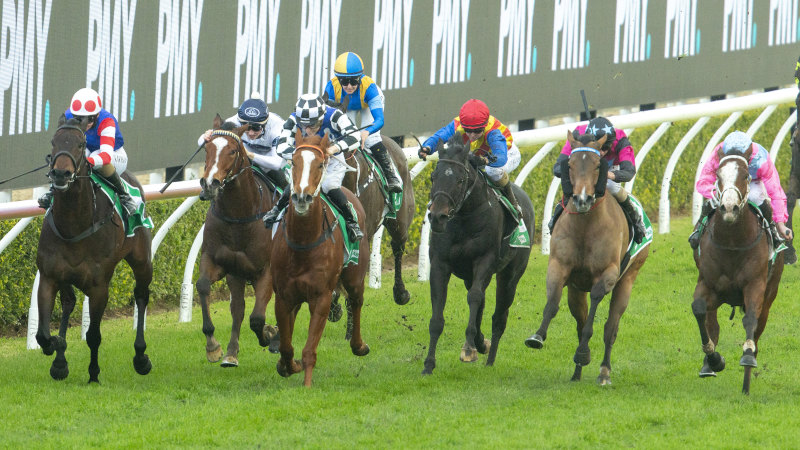 It was a return to the bad old days from the Kensington track, which took a couple of rebuilds to get to an acceptable standard.

It become clear early on Saturday afternoon that backmarkers could not make ground, which took away the chance of at least half the runners in most races, and that being in front on the fence was a significant advantage.

It was more a game of follow the leader than a race many times.

The market reacted with the last two favourites, who had been well backed early in the week, going for a bath in betting late in the day as punters went looking for leaders.

Strawb had been $2.40 favourite most of the week but started $3.50 and never fired a shot clearly and finished last, before jockey Mitchell Bell said she could not handle the heavy ground.

La Gai Soleil, a $1.70 chance until Saturday in the last, got to $2.30 by jump time and also had trouble quickening on the shifty surface as she finished fourth.

Jockeys who walked the track thought it would play to leaders early but even out during the afternoon, but reported it raced as a loose surface, especially in the worn areas four metres off the fence after overnight rain.

It became a confidence thing with many horses – and eventually punters – with even some wet trackers struggling to respond.

The afternoon’s short-priced favourite, the previously unbeaten Tailleur, was an example of how quickly jockeys went from winner to beaten.

“At the turn I was thinking, ‘how far is this going to win by’,” Jason Collett told stewards.

“Then she just spun her wheels in the straight in that ground. As soon as she got off the bridle she was going nowhere.”

Many trainers are expecting to give their charges an extra break to recover.

Racing NSW stewards will set a date for an inquiry into a swab irregularity to a sedative from House Of Cartier in the Wagga Cup later in the week.

Stewards got the second swab back from the John Sargent-trained mare last week, which had stayed in Wagga overnight before the Cup.

Sargent has not returned a positive swab from any of his horses in 40 years of training and will defend the charge.

Stewards will release the result of the Adam Hyeronimus and Blake Paine betting inquiry on Monday.

Godolphin have had disappointing results with their two-year-old this season with only 17 winners coming out of the James Cummings compared to 38 in 2018-19, but things are expected to change with this crop in the next 12 months.

The group as a whole were late developers, according Godolphin boss Vin Cox, and punters got the first taste of it with Teofilo colt Alcyone, which won 61kg over 1800m at Flemington on Saturday and looks a classic prospect. Another son of Teofilo, Choir finished fourth and also looks a developing stayer.

“We had a lot of Teofilos and Medaglia d’Oros in this group and they take a little more time to mature, and James has given them time to do that,” Cox said. “We didn’t have that many early running types in the group, which was disappointing, because it’s what you need to target in Australian racing.

“There are some nice horses ready to come through for us in new season.”

Given his lack of juvenile winners Cummings has still had a good season, and for the third time since he took over the Godolphin operation he is set to break the 200-win mark.

He sits on 195 wins after three winners around the country on Saturday with two weeks left in the season.