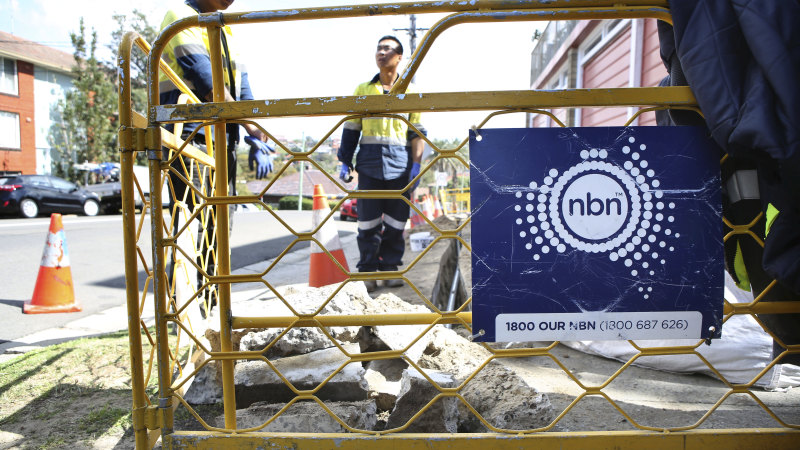 Telecommunications consultant Paul Budde said the review would equip the government with information as it considers options for the future of the network.

“The valuation is important as the government will at a certain stage have to privatise the NBN,” he said.

“The government has so far refused to write down the NBN based on previous valuations so it would love to see higher valuations as that would make it easier for them to offload the NBN. At the moment the future of the NBN is in limbo with no government directions. The valuation will play a key role in changing this situation.”

The review, which started in June, marks a potential shift in the way the government measures the value of the NBN, moving from a “fair value” assessment of the project’s assets and liabilities to an appraisal of the network’s revenue and costs as it becomes fully operational.

A spokeswoman for the Department of Infrastructure, Transport, Regional Development and Communications said the expert advice, costing $55,000, was similar to previous external input as part of annual value assessments.

“Historically, NBN Co has been valued using the net assets method. As NBN Co’s business matures and its future cash flows become more predictable, it is appropriate to review the valuation methodology in accordance with the Australian accounting standards,” the spokeswoman said.

Mike Quigley, the first chief executive of NBN Co, said it was difficult to know exactly what the government’s intent was in commissioning the review “but one would presume if they are willing to put out a request for a review of NBN’s valuation it is because they are considering making a move in this area at some time”.

“The problem with that is that if you are going to invest in this and commit to some upgrade path, you always run the risk that you do that and the regulator says that we are going to drop the valuation. That uncertainty will play into investors minds in the sale process,” he said.

Communications Minister Paul Fletcher has said privatisation will happen one day but not in this term of government. The next federal election is due between August 2021 and May 2022.

“Our focus in this term of government is not privatisation. Our policy, of course, as was the previous government’s, is that NBN will go into private ownership in due course. But our focus is on leveraging it for economic and social advantage,” Mr Fletcher said in June.

NBN Co announced earlier this month it would cut 800 jobs by the end of the year in a long-anticipated restructure as the network enters its “next phase”.

Over 11.7 million households and businesses are able to connect to the network, meaning it is available to 99 per cent of premises nationwide. While some 100,000 complex connections are still to be completed, NBN Co has marked the milestone as the end of the initial “volume rollout”.