Race-by-race guide and tips for Goulburn on Monday 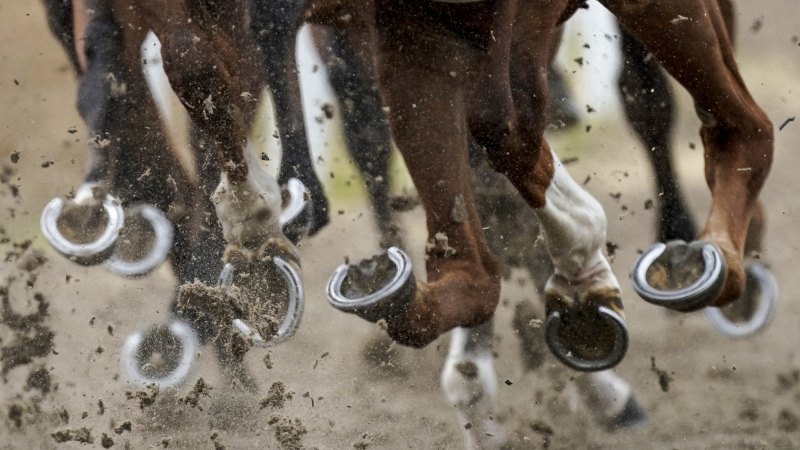 Improving two-year-old colt 6. Titled Tycoon from the Freedman yard at Randwick can break through at third start with the blinkers going on. Had no luck on debut at Newcastle before working home fairly in a deeper maiden, and step up to the mile looks ideal.
Dangers: After a strong second placing on debut at Hawkesbury, three-year-old Warwick Farm gelding 1. McGeehan let punters down badly as a hot favourite here, although did over-race early behind a muddling tempo. Local three-year-old gelding 2. Charm Maker was only fair first-up at Nowra, but can improve sharply over this trip and back on his bigger home track; while include Warwick Farm filly 4. Zou Island who stays at the same track and trip after sticking on strong at only her second start when well supported from a big price.
How to play it: Titled Tycoon to win and trifecta 1,6/1,2,4,6/1,2,4,6. Odds and Evens: Split.

Set weights battle over the longer journey looks ideal for progressive three-year-old Randwick filly 7. Triskana off a solid maiden win at Kembla second-up. Draws to either lead or sit right behind.
Dangers: Kembla three-year-old 11. Librarian is the obvious threat after charging home to miss by a head behind Triskana when well backed at his fourth start. Drops 3kg from that effort, and should be motoring late again. Consistent Warwick Farm mare 3. Dream Maiden can give this a shake from the inside draw. Just missed in a similar race at Canberra two runs back before getting home okay but no match for the winner in a BM 64 at Newcastle; while three-year-old filly 6. Mowanjum can improve at a big price over the longer trip.
How to play it: Triskana to win. Odds and Evens: Odds a special.

Beautifully bred Randwick two-year-old gelding 13. Requited from the Snowden stable is the one to beat. Worked home well behind a smart youngster on debut, and then chased home a promising UK-bred colt at Newcastle. Taking on more experienced and older ones here, but has more than enough ability.
Dangers: Randwick three-year-old 7. Debasement can peak fourth-up after working home from wide barriers in his last couple; while four-year-old 2. Costa Zou is still searching for his first win at 17th start, but has been placed 10 times, often with little or no luck, and hasn’t missed a place in his last four. Back in trip and wide draw are queries.
How to play it: Requited to win and quinella 7 and 13. Odds and Evens: Odds.

Very keen at the value on four-year-old Warwick Farm mare 2. Red Hot Chillypins from the Joe Pride stable getting back on firmer ground fourth-up. Worked home nicely in consecutive BM 64 grade at Wyong before struggling in tougher company on the heavy at Rosehill. Up sharply in weight, but this is much easier and will relish the long run home.
Dangers: Local three-year-old gelding 5. Riot Act is the obvious threat, and only needs to repeat his dominant first-up maiden win at Nowra for an emerging stable. Extra ground looks right up his alley. Home track seven-year-old mare 6. Isadora Twinkle has been freshened, and can add to what should be a much better record. Swept home to win this grade two runs back before finishing hard again over the same trip. Not overly well off at the weights, but should get enough tempo on up front to get home. Another local three-year-old filly 11. Estaverdi is looking for this trip 3rd-up, but would still need to improve.
How to play it: Red Hot Chillypins each way and trifecta 2,5/2,5,6/2,5,6,11. Odds and Evens: Split.

Back in distance for the maidens, and there’s a stack of chances headed by consistent Warwick mare 14. Unloch The Rock who resumes off a quiet trial. Kept finishing well into the placings in first prep, and as long as the inside ground holds up, she looks well placed fresh over this trip.
Dangers: Canberra mare 15. Wilful Soul is fully fit and also knocking on the door after charging home late fourth-up here, and stable has had a terrific 2020. Former metro three-year-old 1. Pahang finally has his first start for the Natalie Jarvis yard at Moruya. Hasn’t started for nine weeks, but kept ticking over in work off two solid trials, and draws well. Warwick Farm three-year-old gelding 2. Happy Babe (Sebring x Angelic Light by Holy Roman Emperor) looks well above average, and debuts in blinkers. Has won both lead-up trials, easily accounting for Fenech who has since won two of his three starts. Obvious hurdle is overcoming the outside gate. Warwick Farm three-year-old 3. Haunting Spirit was only plain resuming at Hawkesbury, but can improve back on firmer footing; while watch the betting on Randwick two-year-old 8. General Soleil who did his best work late on debut here, and will appreciate more ground.
How to play it: Unloch The Rock each way and first four 1,14,15/1,2,3,8,14,15/1,2,3,8,14,15/1,2,3,8,14,15. Odds and Evens: Split.

Like smart three-year-old Randwick colt 2. Blesk from the John O’Shea yard resuming off two forward trials, and drawn to get the right sort of run.
Dangers: Improving Kembla three-year-old 7. Sir Eagle landed his maiden first-up at Moruya, but stronger depth here, and has to carry 1kg more. Expect a much better run second-up from Warwick Farm filly 10. Kiaria with the blinkers going on after falling in a hole when easy in betting resuming in a Class 1 at Moruya.
How to play it: Blesk to win. Odds and Evens: Split.

Previous ‘It just seemed to get worse’: Ramdhani looks for Kensington answers
Next Saints look to rebound but face tricky task in Adelaide