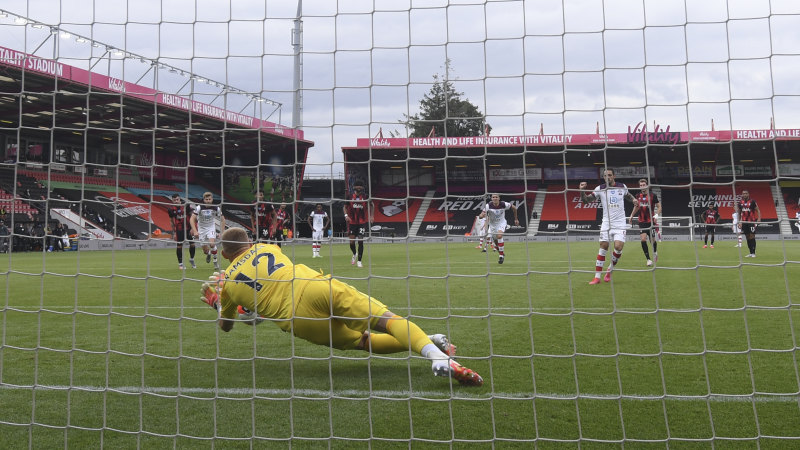 Watford are 17th in the standings with 34 points from 36 games, while Bournemouth have 31 points from 37. They slipped to second from bottom after Sunday’s defeat.

Ings, who started his career as a teenager at Bournemouth, struck home in the 41st minute to move to within two goals of the league’s top scorer, Jamie Vardy of Leicester City. But he had a second half penalty saved that would have put him just one behind in the golden boot race.

The goal came after a quick counterattack as his teammates set up an opportunity by finding him on the edge of the area and then pulling defenders out of position to allow the striker to come across onto his right-hand side and hit the ball into the corner of the Bournemouth net.

But he botched the 58th minute spotkick which was awarded after a nerve-jangling stoppage for a VAR check that showed Bournemouth’s Harry Wilson had handled in his own penalty area.

Ings hesitated as he took the kick, allowing Aaron Ramsdale to make the save.

VAR was called on again five minutes into stoppage time when Bournemouth substitute Sam Surridge scored a potential equaliser from close range. But the video evidence showed teammate Callum Wilson was offside in the build-up and the goal was overturned.

There was further deflation for beleaguered Bournemouth as Adams made it 2-0 with virtually the last kick of the game as Southampton moved above Everton into 11th place.