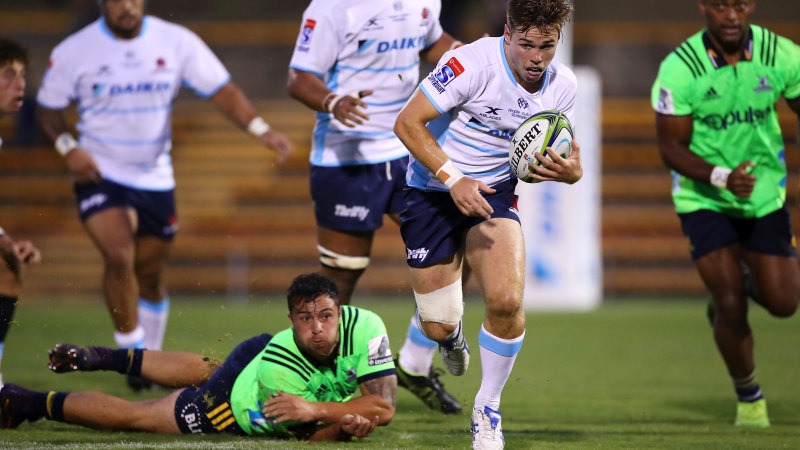 It will be a busy week of travel for the Rebels, who mark almost four weeks on the road this week. On Wednesday they will leave Canberra and drive north to Terrigal on the NSW Central Coast, where they will set up camp for the next month.

Both they and the Brumbies will make a day-of bus trip to Sydney from their home bases.

Queensland retain top spot on the Super Rugby AU ladder on 10 points after three games, just one point ahead of competition favourites the Brumbies, who have only played two games.

The Waratahs are in third spot courtesy of two losing bonus points from their three matches, with the Rebels and Force in fourth and fifth spot, respectively, and both still searching for wins.

On Foxtel 53,000 tuned in to the Waratahs thriller against the Brumbies on Saturday – down from 69,000 for the season opener – and 47,000 watched the Reds fight back to beat a polished Force on Friday night, according to MediaWeek figures.

The Friday night audience dropped from the week before, when 53,000 tuned into a dire Rebels vs Reds match.

Saturday’s game saw 49,000 watch another exciting Kiwi derby and build to 53,000 for the Waratahs at ANZ Stadium.

Previous Kennett puts a use-by date on Clarkson’s time at Hawthorn
Next Browned off: Roos must be bold to reap draft bounty