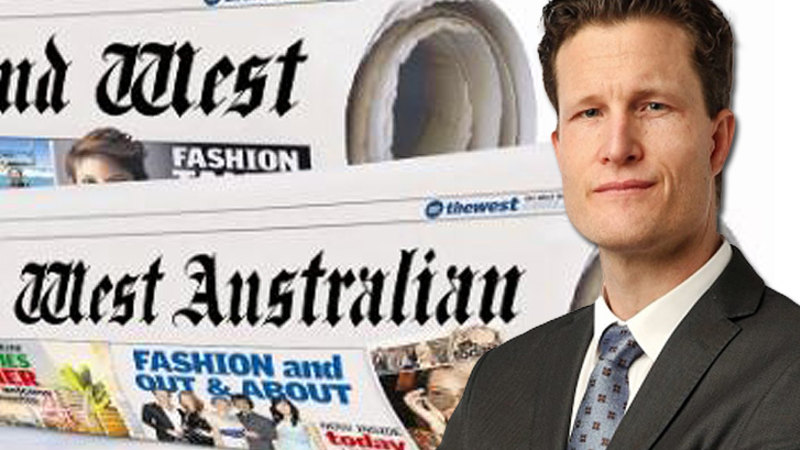 The asset sales are part of an attempt to reduce a net debt pile of $541.5 million. Jobs have been axed, television shows have been revamped and as far as Seven insiders are aware – mergers, sales and acquisitions are still on the table.

Months ago, when Seven’s share price started to plummet, some observers predicted a sale to private equity. But this scenario ignores Stokes’s love of his media business, despite it being such a small component of his mining and manufacturing empire.

Son Ryan Stokes is not as fond of Seven West Media, but multiple industry sources have disputed the idea that he or his father would waive complete control of the media assets.

News Corp executive chairman Michael Miller told The Sydney Morning Herald and The Age earlier this year that a merger with Seven was not on the cards.

According to people familiar with Stokes, the billionaire enjoys the power and influence that comes from running the newspaper in Perth (where Channel 7 is dominant). Certainly his investment in WAN is not about the economic value that the paper adds to his business.

Last financial year WAN made $185.6 million in revenue compared to television’s $1.2 billion from continuing operations. Its profit before significant items and tax was $15.7 million, compared to $202.4 million for television.

Seven has spent the last couple of years trying to cut costs and grow revenue in the newspaper division. The Daily Telegraph’s former deputy editor, Anthony De Ceglie, was appointed editor-in-chief of the mastheads and was given the job of consolidating its regional and metropolitan newsrooms and working with Seven West Media WA chief executive Maryna Fewster to launch a paywall.

But the belated arrival of a subscription strategy combined with soft advertising market conditions has made this challenging.

At half year results WAN’s revenue was $94.3 million, a slight decline of 1.4 per cent on the previous year. Earnings before interest, tax, depreciation and amortisation for both Pacific and WAN was $16.5 million. Earnings for WAN were not separated.

The power – not revenue – that Stokes wields through his newspapers is what gives the division its value. Just last week The West Australian’s front page was splashed with the news that its very own news presenter, Basil Zempilas, would be running for lord mayor.

If there was ever an indication of Stokes’ reluctance to sell it was confirmed earlier this year in The Australian Financial Review after Seven provided detailed information on its newspaper business to interested parties including Catalano earlier this year.

The company insisted the papers were not for sale and that it was simply responding to inquiries.

But as more assets are sold, Seven is quickly becoming a television-focused business. Without other assets like magazines, digital ventures and broadcast towers, WAN is no longer an obvious part of Seven’s long-term strategy.

Seven shares closed at 9c on Friday and remains a target for venture capital firms like Oaktree Capital that would want to buy some of the debt.

Privatising WAN would let Stokes keep a stake in the media industry that he wants to be a part of. And without a newspaper division, Seven becomes a even more enticing proposition for a buyer.