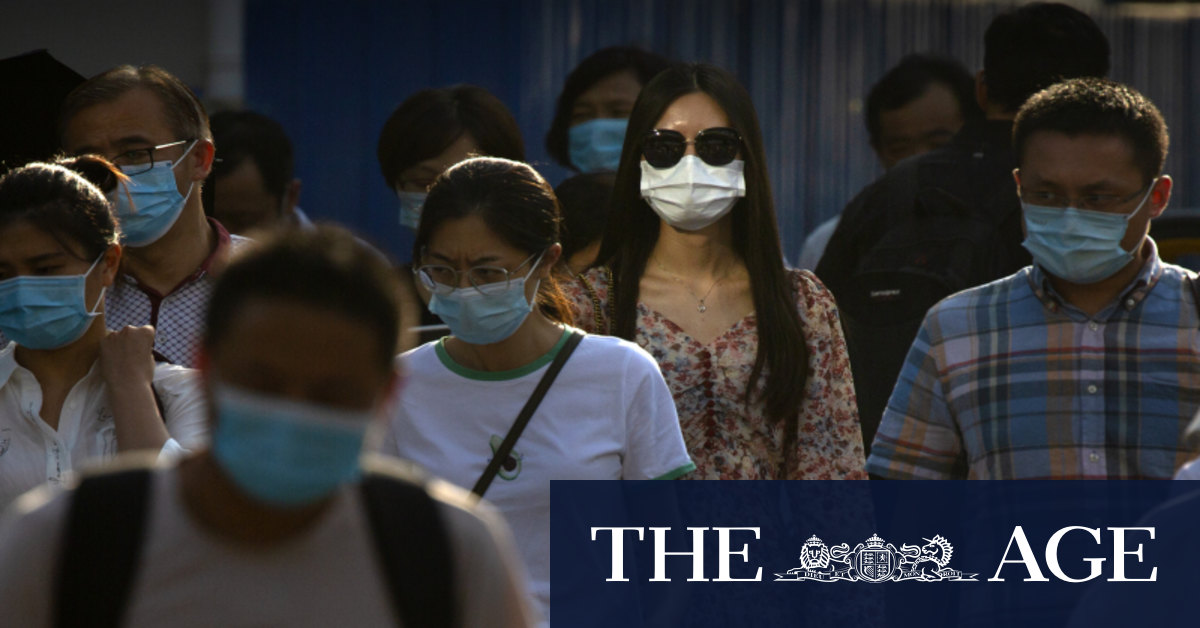 Las Vegas hospitals are preparing for a surge in patients as cases in the Nevada spike, adding beds and staff, the Las Vegas Review-Journal reported.

“We’re not at danger of being overrun,” Dan McBride, chief medical officer for the Valley Health System, which operates six hospitals, was quoted as saying. “These conditions can change quickly.”

Cases have been rising rapidly in Nevada since late June. The state now has a total of 34,477 cases and 647 deaths, according to data from Johns Hopkins University and Bloomberg.

Jack Nicklaus said he and his wife Barbara tested positive for COVID-19 in March, then isolated for a month in Florida, US, CBS Sports reported.

“It didn’t last very long, and we were very, very fortunate, very lucky,” the golf great said in the broadcaster’s interview. “Barbara and I are both of the age, both of us 80 years old, that is an at-risk age. Our hearts go out to the people who did lose their lives and their families. We were just a couple of the lucky ones.”

Brazil reported 23,529 new cases and 716 deaths, both declines from the day before. The nation, with the second-worst outbreak after the US, now has almost 2.1 million cases and 79,488 deaths. The World Health Organisation on Friday said that the nation’s outbreak had hit a “plateau” and “is no longer exponential.

Luxembourg’s Prime Minister Xavier Bettel said he would impose new restrictions after an emergency meeting on rising cases, saying the nation is not respecting measures to curb COVID-19.

Bolsonaro, who is himself recovering from the virus, told supporters outside the presidential palace on Saturday evening that people who are left jobless will end up dying of hunger.

“You have to think about the economy,” he said in the video that was posted on his Facebook page. “It’s no use talking about life, life and life because isolation kills.”

Coronavirus cases in the US increased 2.2 per cent, above the 1.9 per cent daily average over the past week, as of 3.30pm on Sunday in New York, according to data collected by Johns Hopkins University and Bloomberg News. Deaths rose by 943 to 140,369. Florida hit its fifth consecutive day of cases over 10,000.

The administration is balking at $us25 billion in new funding favoured by Republican lawmakers to help states with coronavirus testing and contact tracing, according to a person familiar with the matter.

Rome and its surroundings could go under lockdown again, a regional health commissioner warned, after 17 new cases were reported, including 10 from other countries, the Associated Press reported.

“We can’t turn back and waste all the efforts done till now,” Lazio Region Health Commissioner Alessio D’Amato said.

Los Angeles, facing a renewed onslaught of the coronavirus, may be “on the brink” of new restrictions, said mayor Eric Garcetti.

Another stay-at-home order was an option, Garcetti, a Democrat, said on CNN’s “State of the Union” on Sunday. But he emphasiSed that the city still had room in hospitals and is testing aggressively.

The mayor said he favours a “surgical” response “rather than a cleaver that would just shut everything down.”

Democratic Representative Donna Shalala said Florida’s COVID-19 outbreak is “totally out of control” and called for a lockdown of the third-most-populous US state.

“It’s terrible,” and talking about reopening schools is “ridiculous,” Shalala, whose South Florida district sits within Miami-Dade County, said Sunday on US ABC’s This Week.

She faulted the Trump administration and Governor Ron DeSantis for reopening the state too soon.

President Donald Trump said Anthony Fauci, the US government’s top infectious-disease expert, is a “little bit of an alarmist” but that the two men have a “great relationship”.

Trump made the comments in a lengthy interview on Fox News Sunday after members of his administration have criticised Fauci. The President also said he’d heard the US has the “best mortality rate” related to the virus. He provided White House data that undercut his argument, showing the US rate isn’t the lowest.

“We are the envy of the world,” Trump said about testing.

New York reported 502 new virus cases, a 0.1 per cent rise compared to the weekly average increase of 0.2 per cent. Another 13 deaths were reported.

The drop comes as New York City, once the centre of the nation’s COVID-19 outbreak, prepares to enter its final Phase Four reopening on Monday. Low-risk outdoor events, like zoos and botanical gardens, will open again, and movie shoots can resume. Sports can restart, but with no fans. And no gyms, museums or indoor dining.

Britain’s National Cyber Security Centre said on Thursday that vaccine and therapeutic sectors in multiple countries have been targeted by a group known as APT29, which it said is “almost certainly” part of Russian state intelligence. Security agencies in the US and Canada later backed the findings.

Hong Kong reported more than 100 new infections on Sunday. Masks must now also be worn in indoor public areas beyond public transportation, Chief Executive Carrie Lam said at a press conference on Sunday. Social-distancing measures including restaurant restrictions and gym closures will remain in place for another week, she said.

Civil servants in the former British colony will be working from home starting Monday, and the government will only offer necessary and emergency services.

Japanese people are increasingly discontent with the government’s response to the COVID-19 outbreak in the country, according to a newspaper poll. Chief Cabinet Secretary Yoshihide Suga called for a legal change that would support businesses that close in cooperation with authorities’ efforts to contain the virus.

Tokyo on Sunday confirmed 188 new coronavirus cases, broadcaster NHK reported, the first time in four days the new cases have been below 200.

A study of thousands of coronavirus cases in South Korea found that children younger than 10 are much less likely to pass on the disease compared to older children, who are as contagious as adults if not more so. One of the most comprehensive studies to date, the findings could have broad implications for when, whether and how schools reopen in affected countries around the world.

State-level data from the US suggests that the virus is spreading more rapidly among children and teenagers than previously thought. Researchers have struggled to understand the impact of COVID-19 on kids, because testing hasn’t been widely available to people with mild or no symptoms, as is the case with a lot of pediatric infections.