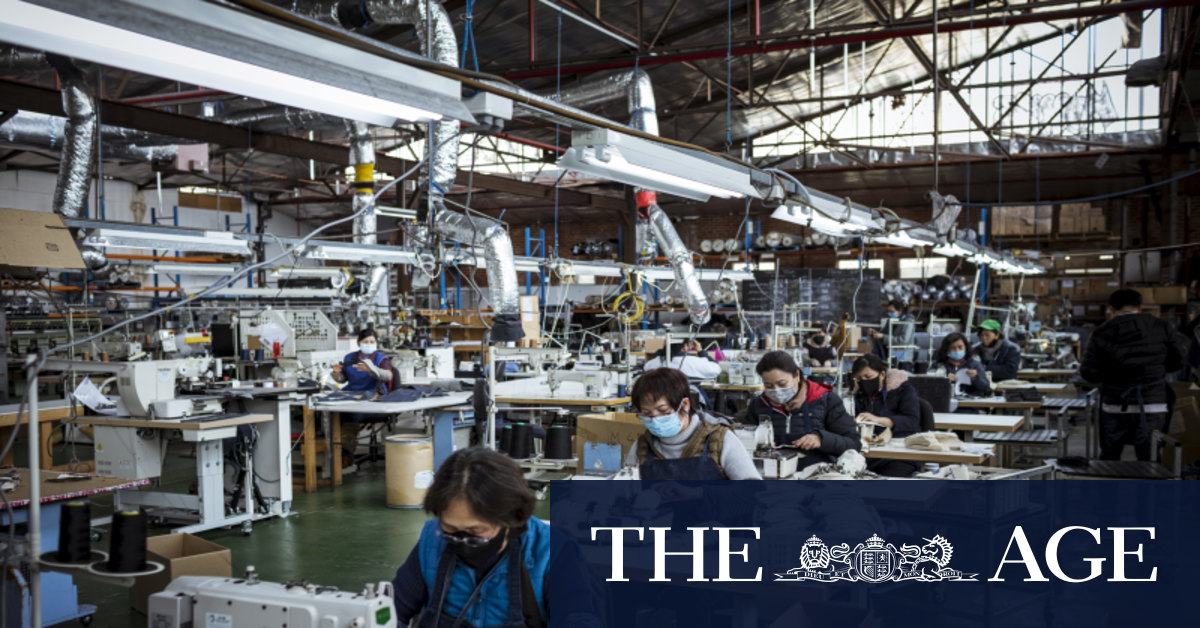 On July 10, Victorian Premier Daniel Andrews recommended Melburnians wear face masks in public, leading to an initial surge in demand. Then, when he made face masks mandatory on Sunday for almost everyone leaving their homes, “things went coco bananas” for Gavin Hodgins, CEO of Mount Waverley-based mask manufacturer FloatPac.

“It crashed our website,” he said. “It was obvious people were panic-buying.”

FloatPac can make about 5500 reusable cloth masks a week; the company received 1500 orders on Monday alone. That order volume was so high Mr Hodgins’ accounting software provider called him to say they would no longer be able to support his business.

“It’s not easy to get our hands on the basic materials,” said Mr Hodgins. “The biggest problem I have is elastic. Everyone is looking for it.”

The Victorian government has placed orders for 1.37 million reusable fabric masks to be delivered in July and August, with schools in the state’s lockdown areas to be among the first recipients.

The masks will be sourced from five Victorian manufacturers, including Thornbury-based Nobody Denim, plus StylePrint, NMBQ, The Ark and The Mask Project.

Nobody Denim owner John Condilis now has a workforce of 35 people cutting 15,000 masks a day, six days a week.

Mr Condilis had new equipment installed on Monday, after the state government gave his business approval for orders last week.

“They asked us, ‘how quickly can you ramp up?’” he said. “We’ve just turned the factory upside down to get this going.”

“Every day we’re going to be employing more people.”

Technical Fabric Services Australia, one of the country’s few elastic suppliers, confirmed elastic had been in high demand for the past few months and said there was now a national shortage.

But not all suppliers are having the same issue. Bunnings said it had plenty of stock. And the state government had also made it clear that homemade masks – including bandannas and scarfs – were acceptable.

But several companies told The Age they would have no stock for weeks.

“We have ordered another few hundred thousand today. But it might be five or six weeks,” a company spokesman said. “You can air-freight them, but there are no planes coming over.”

AFI Branding, a fabric company that pivoted into reusable masks early in the pandemic, got about 1000 new orders for 20,000 masks over the weekend.

“The bottleneck is the sewing,” managing director Glenn Watson said. “I think the next two weeks will be a challenge for some. Everyone is going to be pretty maxed out.”

When the pandemic started, Med-Con was Australia’s only medical-grade mask manufacturer, and it was quickly overwhelmed with demand.

Funding from the federal government – and even military assistance – have allowed it to run 24/7 since then, making up to 3 million masks a week. But despite that, Mr Csiszar said they were still running behind on existing orders.

“We’re flat out at the moment. We’re operating 24/7, and we just physically cannot make any more masks.”

Med-Con is contracted to supply the federal government’s national medical stockpile with 59 million masks. That contract needs to be finished before supply can go to the general public.

“Certainly we cannot cope with everything the public will need,” Mr Csiszar said.

To meet demand, some companies are bringing in stock from China. But that comes with its own challenges.

The US, Britain and Canada have all reported serious problems with low-quality or counterfeit masks among those exported from China.

To deal with quality issues, the Chinese government is attempting to restrict the number of companies allowed to export face masks.

But any shortages that do eventuate are unlikely to last long. South Australia packaging company Detmold will install the last three machines it needs next week to allow it to start churning out almost 1 million masks a day.

Most of those were destined for the federal government’s stockpile, but company spokesman Tom Lunn said the company was also in talks to supply the Victorian government.

“We don’t think there will be a shortage of masks in Australia.”

Previous Masks are not a panacea but are the step we needed to take
Next Be careful, Saints coach urges AFL, as debate over holding the ball rages

Top silk says he should be struck off