Race-by-race guide and tips for Wyong on Tuesday

admin July 20, 2020 Sport Comments Off on Race-by-race guide and tips for Wyong on Tuesday 35 Views 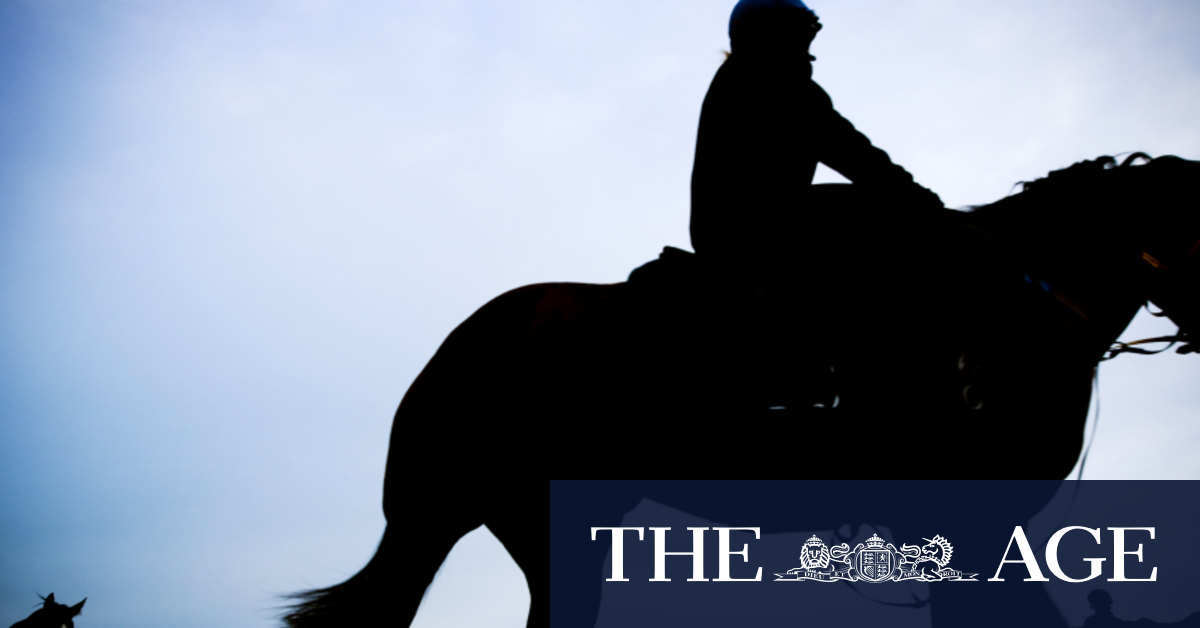 Warwick Farm three-year-old 2. Emthree from the Bryce Heys yard came off the boil third-up at Newcastle after finishing hard resuming behind a smart one at Canberra. Draws a better gate here, and this is relatively weak.
Dangers: Randwick mare 8. Lake Marion surrendered a big lead on the turn third-up behind a handy galloper at Newcastle, and will likely roll across from a wider draw and sit right on the speed again. Expect good improvement at second start from Newcastle two-year-old 9. Olympic Gaze over more ground and a soft draw; while Taree four-year-old 4. Man And Superman has been in and around the money on heavy tracks over the last two months, but would need to improve further back on firmer footing.
How to play it: Emthree to win. Odds and Evens: Evens.

Tricky maiden, with plenty of chances. Really liked the trial of three-year-old local filly 11. Rockness Angel who resumes for the Tracey Bartley yard. Showed easy acceleration to lead comfortably before being collared in the last few strides when still well held, and there was a big gap back to third. Was reasonably competitive in better maidens last prep.
Dangers: Consistent local six-year-old 1. Montana Thunder has been well in the market, and not far away in all three runs this prep. Will appreciate return to home track. Plenty of eyes on $1.45 million purchase and debutant three-year-old Hawkesbury colt 2. Stark, who hasn’t shown much over a long time at the trials, but draws well and is the first foal from former champion Atlantic Jewel’s group 1-winning sister Commanding Jewel. Was scratched from Goulburn on Monday. Newcastle filly 6. Rose Kingdom is ready for the step up in distance after three fair runs over the 900m scamper; while keep watch on three-year-old 3. Amiens on his first run in more than nine months for a new local stable since transferring from the Waterhouse-Bott yard at Randwick.
How to play it: Rockness Angel each way and trifecta 1,11/1,2,6,11/1,2,3,6,11. Odds and Evens: Odds.

Intriguing and testing battle for the youngsters, with a few first-starters who have all shown plenty at the trials. None more so than well-bred home-track filly 8. Barossa Rosa (Adelaide x Androssa by Testa Rossa), again from the Bartley stable, who has won both lead-up trials. In the latest, she pinged to the front and sailed away to score by nearly five lengths.
Dangers: Randwick filly 6. Yangarra Rose is clear best of the raced brigade, finishing nicely to miss by a only neck on debut at Newcastle, and draws to get another lovely trail just off the speed. Warwick Farm gelding 3. Private Eye (Al Maher x Confidential Queen by Shamardal) has had two improving trials. Looked very good in the latest when picking up from off the speed to cruise through and win under a strong hold, although time was significantly slower than Barossa Rosa on the same day. Similarly, rival Warwick Farm colt 2. Jet Propulsion (Rubick x November Flight by Flying Spur) slipped through underneath to comfortably win the second of two recent metro trials, and is bred to fly.
How to play it: Barossa Rosa to win and box trifecta 2,3,6,8. Odds and Evens: Evens.

Get set for a three-horse war. Progressive three-year-old Randwick filly 1. Al Snip trained by John O’Shea is ready to win third-up from a soft draw over more ground. Loomed to win a BM 64 at Newcastle before caught in the last stride, and should get a nice run just off the speed.
Dangers: Improving Warwick Farm filly 3. Duchess Marizza did a terrific job scoring on debut in heavy ground at Gosford before run down late at Canberra, and then plain in a tougher metro BM 66. Drops back to easier class, and looks well in at the weights after rider’s 2kg claim. Talented and lightly raced Gosford mare 4. Patrina disappointed first-up as a well-backed favourite, but better off at this longer trip and ridden a little quieter. Include in exotics Rosehill filly 5. You Too, who resumes off a long break for the top metro stable, but won on debut at Hawkesbury last spring.
How to play it: Al Snip to win. Odds and Evens: Odds.

Very open and tough race. Keen at the value on smart three-year-old filly 5. Xiaoli’s Ying from the David Atkins yard at Newcastle. She resumes after two steady and controlled trials. Comes to hand quickly and can take up a forward position from the draw. Very well weighted after the rider’s claim.
Dangers: Hawkesbury filly 2. Special Date failed to run on resuming in a BM 64 at home, but bolted in a weaker race second-up last prep as a hot favourite, and stronger rider goes on. Local three-year-old 3. Bring Glory resumes off a nice trial, and beat a smart horse on debut at Scone earlier in the year, but faces a task drawn off the track. Newcastle filly 6. Citrouille improved into her fourth-up run at home; while talented albeit unreliable Warwick Farm three-year-old 15. Coco Cuber (also accepted for race seven) needs a couple of scratchings to get a run, but will relish getting back on firmer footing third-up.
How to play it: Xiaoli’s Ying each-way. Odds and Evens: Split.

A stack of chances in this sprint too, headed by smart three-year-old filly 7. Super Longlea who has her first run for the Gerald Ryan stable at Rosehill after being transferred from the Mark Newnham yard. Hasn’t raced for six months, but unbeaten fresh and has been fitted with two solid trials.
Dangers: Warwick Farm five-year-old 1. Wander powered home to win a CL3 first-up at Grafton under a big weight, and generally holds form, with half his four career wins coming second-up. You’re never quite sure what’s coming with talented Warwick Farm three-year-old 9. Coco Cuber, but firmer ground third-up is a plus and travels best when there’s decent speed on up front. Godolphin filly 3. Badia draws to get a soft trail fresh, and boasts the best final 400m in the race, but normally takes a run or two and might find a few of these too slick. Newcastle three-year-old 2. Mr Polar drops back from tougher metro grade, and all four career wins from 17 starts have come on firm ground.
How to play it: Super Longlea to win and trifecta 1,7,9/1,3,7,9/1,2,3,7,9. Odds and Evens: Odds a special.

Same grade, but up to the mile to finish. Capable home-track four-year-old gelding 1. Holy Reign from the Kim Waugh yard is well placed back in grade from a low draw after beating all but the extra smart Strawb in a BM 70 at Newcastle.
Dangers: Warwick Farm three-year-old gelding 3. Brutality is still on the rise, and draws to park in a lovely stalking position. Beat two handy maiden gallopers at Canterbury who battle each other earlier in the meeting before strong to the line in a CL2 at Kembla. Randwick three-year-old 4. Vienna Rain has good early speed, and is the likely leader from the inside draw. Randwick four-year-old 2. Live The Moment built up nicely before sweeping home landing a similar race at Gosford, but weighted all but to his best under 60.5kg; while Warwick farm filly 10. Duchess Adele has won her last two in dominant fashion in the country, but much more depth here and rises in weight.
How to play it: Holy Reign each-way and quinella 1 and 3. Odds and Evens: Split.

Previous Inside Trump’s failure: The rush to abandon a leadership role on the virus
Next Major Melbourne retailers to bar people not wearing masks from entering stores