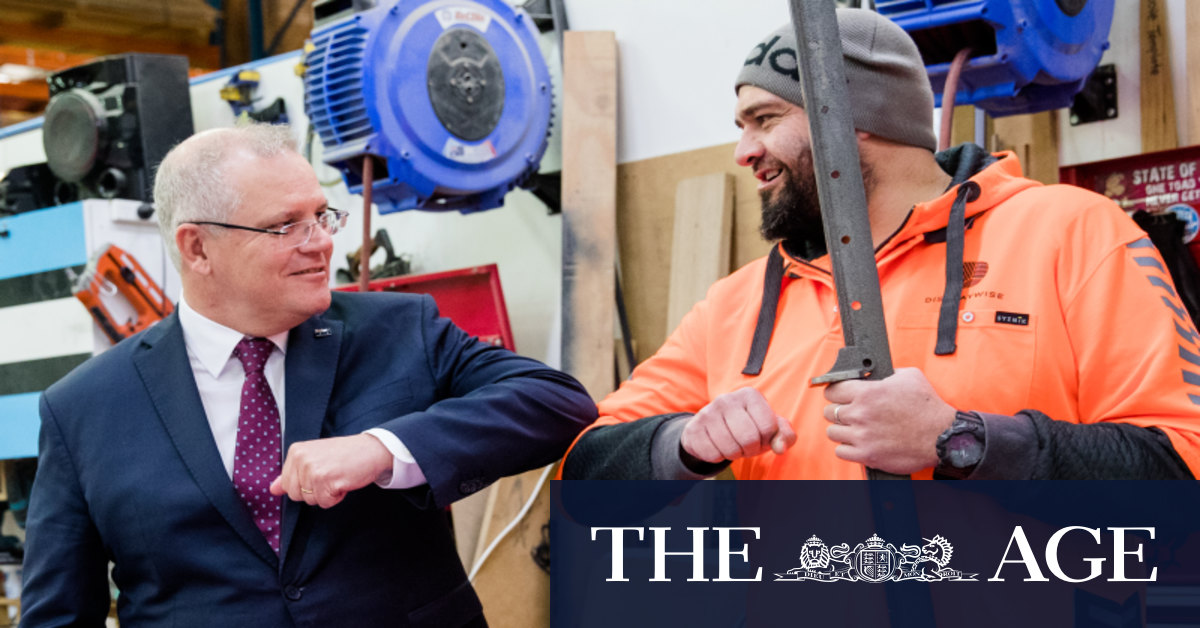 And there has been a rush of larger businesses raising new equity to bolster balance sheets but this is a funding mechanism not available to most in the small business sector.

Instead, they have been given the option of deferring interest payments for three months or availing themselves of cheaper semi government guaranteed loans. Both of these require ultimate repayment.

This explains why the take up of the government’s first SME guarantee scheme was so woeful. It was a $40 billion scheme. The take up was $1.5 billion.

The effect of the government’s 50 per cent guarantee was to de-risk the loan for the lender. In response banks reduced the interest rate applied to SMEs from an average of 9.5 per cent to an average of 4.5 per cent on these loans.

In the government’s new and larger iteration of the SME guarantee scheme, the term of the loan moves from three to five years and the size from $250,000 to $1 million. Interest payments will be deferred for six months.

The hope is that small and medium sized firms will seek to invest for expansion.

The scheme might be appealing to some SMEs that are not affected by COVID but for those that have experienced a significant decline in revenue the appetite for additional debt will remain weak.

The extension of JobKeeper – also set to be formally announced and fleshed out on Thursday – will be a far more important lifeline for small businesses that are waiting out the pandemic.

It’s not known whether any improvement will be enough to enable businesses to recover, let alone survive, without JobKeeper support

Even SMEs that wish to avail themselves of the guarantee scheme may not be approved by the banks who will need to put all applications through their risk sieve. And this process has now become additionally complicated by the second wave of COVID-19 in Victoria and the real possibility that other states, particularly NSW, could experience the same.

When the banks assessed small business borrowers for the first government guarantee scheme they looked at the business’s financial situation before the pandemic to assess eligibility to borrow. This time around there is a better understanding that the pandemic will last longer and some businesses won’t survive.

Deloitte Access Economics estimated about 240,000 companies in the hospitality, transport industries and professional services would be the hardest hit small businesses.

“Around 40 per cent of businesses across hospitality, professional services, and transport have indicated their cash reserves can cover less than three months of operations in the current environment,” according to Deloitte’s report which was based on ABS data.

“While it’s expected the business environment will improve over the next three months as restrictions are eased (but don’t forget Melbourne), it’s not known whether any improvement will be enough to enable businesses to recover, let alone survive, without JobKeeper support.”

There are not just wider economic ramifications for a collapse in a large number of SMEs, the impact on the major banks cannot be ignored. While there are no questions over the capital robustness of the well provisioned banks, their loan book exposure to this segment of the market will put earnings under pressure.

UBS has described SME loans as the “weak link” for banks pointing out that 18 per cent of the banks’ SME loan books are in deferral.

The banks have extended the period of interest rate deferrals out to January for some business customers, giving them a chance to recover. For those that don’t, it will become an exercise in the banks kicking the can down the road.

“We believe the linchpin to the banks’ performance (and broader economy) is the SMEs,” says UBS which remains concerned about SME prospects when government support is removed.

The UBS report to clients points to data indicating that SMEs continue to struggle. It notes that total SME revenue fell 27 per cent in June (year on year), with accommodation and food, arts and recreation and education sectors hardest hit.

“There has been little rebound to date. While many listed companies have prospered from the stimulus, ACA Research suggests SME revenue has only bounced 8 per cent off its mid-April lows,” the UBS report said.