33 games in 20 days: Details of the AFL’s radical footy-fest 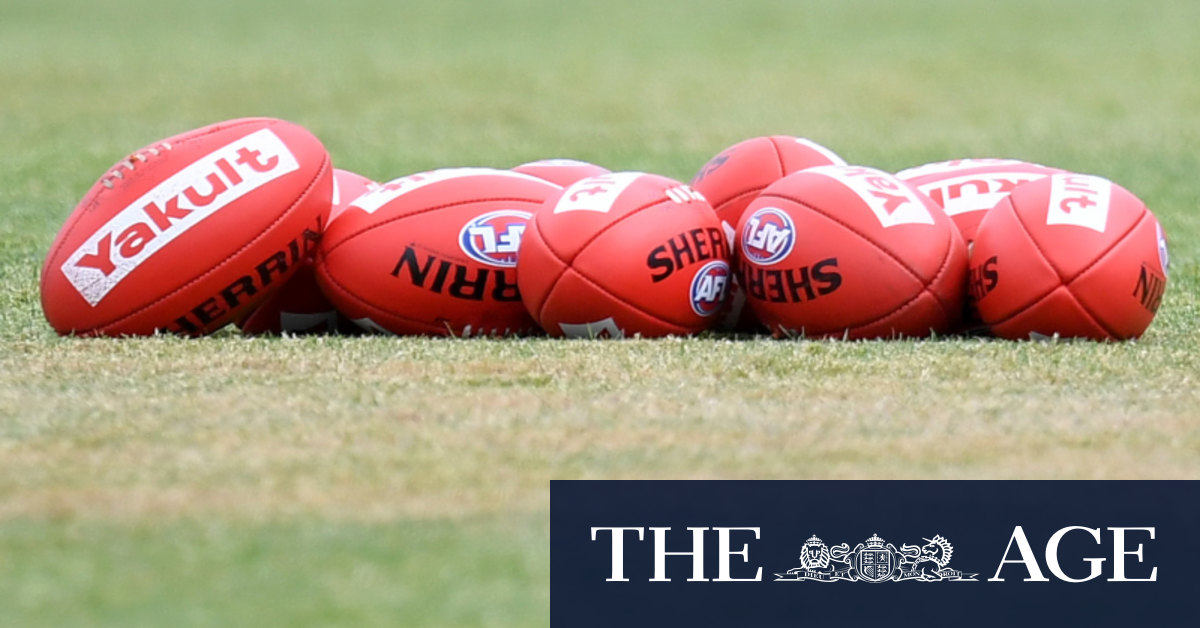 Brisbane, Collingwood, Geelong, Melbourne and North Melbourne will have two four-day breaks each. Adelaide, Essendon, Gold Coast, Port Adelaide, Richmond and St Kilda all have one four-day break in the four-game block.

During these 20 days, Fox Footy will broadcast on Mondays (3), Tuesdays (2) and the second and third of the three Wednesdays, in addition to their regular slots, while Seven will broadcast the first Wednesday (July 29) and its usual time slots of Thursday and Friday nights, Saturday nights and Sundays.

Essendon kick off their four-week block with a huge clash against the Lions at Metricon Stadium on Friday night, July 31. The Bombers then meet the Giants (Metricon, Friday August 7), Gold Coast on a five-day break (Wednesday, August 12) and St Kilda on a four-day break on the subsequent Sunday (August 16) at the Gabba.

Reigning premiers Richmond, who play the Giants in Sydney this Friday, will begin round nine with a clash against the Western Bulldogs at Metricon Stadium on the Gold Coast on a five-day break.

The Tigers then meet Brisbane the following Tuesday, also at Metricon, then play in the same week – on Saturday – against Port Adelaide at the Adelaide Oval, with a nine-day break before meeting the Gold Coast Suns at the Gabba on August 17.

After finishing their stint in Perth against the Dockers in round nine (Sunday August 2), Collingwood will play Sydney at the Gabba (Thursday August 6), Adelaide in Adelaide (Tuesday August 11), and finish the four-game period with Melbourne at Gabba on Saturday August 15.

The Magpies have a tough regime of breaks, having a day’s less break than Adelaide and Sydney and two fewer days than the Demons.

Melbourne’s block of four games consists of Port Adelaide (Gabba), Adelaide at the Adelaide Oval, North Melbourne in Hobart and then the Magpies, with the Adelaide game played on a Wednesday, followed by North in Hobart on a Sunday, a final break of five days.

The two NSW-based teams, Sydney Swans and GWS travel to Perth, replacing Geelong and Collingwood in WA, where they will play West Coast Eagles and Fremantle along with playing each other.

Improved Carlton play the Hawks on July 30 in Perth, then has a bye, before meeting the Eagles and Dockers in Perth, with Hawthorn playing the WA clubs in the reverse order. Those four clubs have a bye in round 11.

Concluding their Perth period with West Coast on August 1 (Saturday), Geelong play North at the Gabba on August 5 (Wednesday, Gabba), St Kilda on August 10 (Monday) and “host” Port at the Gabba on Friday August 14 – a challenging stint of four, five and four-day breaks.

AFL fixtures boss Travis Auld saidthe AFL had sought to minimise travel for teams with shorter breaks. “Teams who have four-day breaks in this block of matches will be afforded a bye in the next block.”