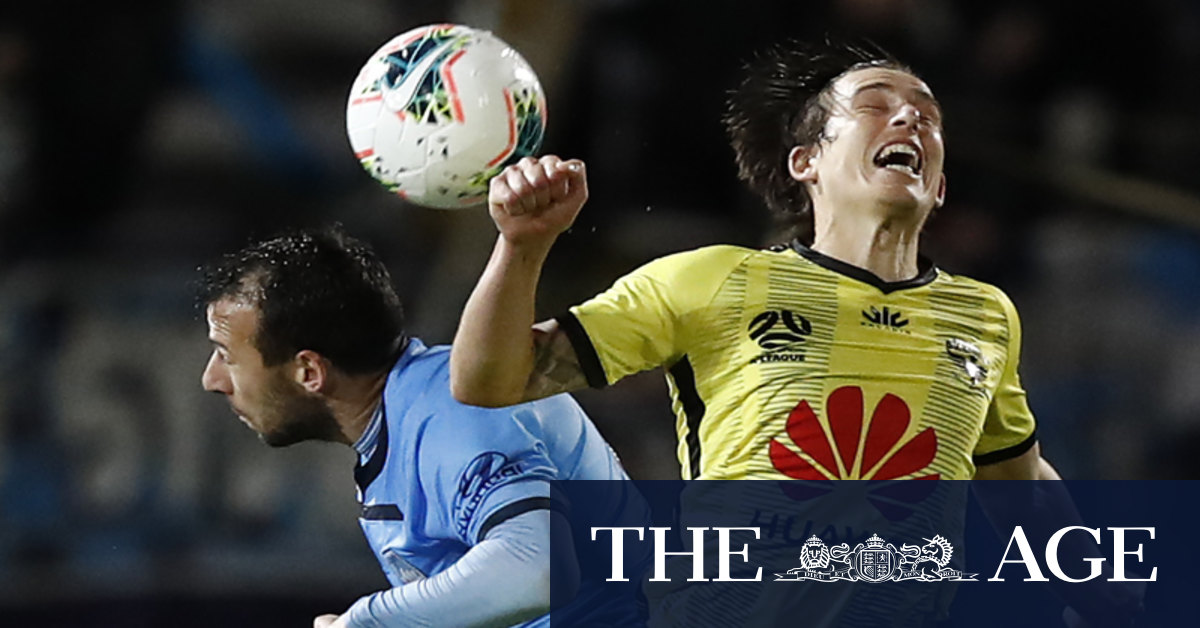 O’Rourke conceded the numbers were well below par but said there was reason to believe the competition’s viewership is much stronger than it appears on face value.

The OzTam figures do not include streaming platforms such as Kayo Sports or My Football Live, the Telstra-powered app through which fans can watch the A-League, W-League and other content live and on demand.

‘The Fox numbers are important and they’re disappointing, I’m not going to shy away from that.’

About15,000 people on average watched A-League matches on Kayo last season, O’Rourke said. Numbers for My Football Live have also increased six- or seven-fold, from about 2000 users who would usually access the app on days with no matches being played. And between 8000-11,000 viewers on average watch Phoenix matches through New Zealand broadcaster Sky Sports.

“The Fox numbers are important and they’re disappointing, I’m not going to shy away from that,” O’Rourke said.

“We would prefer it to be higher so people weren’t talking so much about metrics and more about the game. But whilst the Fox broadcast is the carrier of the product, it’s viewed many different ways.

“We’re pushing people to watch it on Kayo and My Football Live because we know we’re out of season, and some people would have probably turned the [Foxtel] box off who were football lovers.”

O’Rourke is hopeful of improved ratings when A-League powerhouses Western Sydney and Melbourne Victory return in the coming weeks, but the weekend’s figures point to some of the challenges the competition will face as it transitions to winter, where it will go head-to-head with the major codes on a weekly basis.

The A-League has been broadcast through Fox Sports 507 since the season resumed. O’Rourke said there was evidence that ratings decrease when content is moved down the pay-TV company’s pecking order.

Foxtel and Kayo’s subscriber base has also plummeted as a result of the pandemic.

Football Federation Australia and A-League clubs believe football fans are generally younger than consumers of other sports and are therefore earlier adopters of new technology, but O’Rourke said this did not excuse or explain the poor Fox numbers.

Fox agreed to a new, reduced one-year broadcast deal with FFA worth $32 million during the A-League’s shutdown, committing only to covering this season and next.

Viewers have already noted Fox has scaled back production spend on the A-League, with no substantial pre- or post-match content televised over the past week.

Clubs have jumped to fill the void, aware that the A-League’s long-term future is likely to involve the sport taking on responsibility for its own broadcast production at the end of the revised contract with Fox.

Sydney FC have begun streaming their own half-hour pre-match shows through social media, helmed by former Fox Sports commentator Simon Hill. The Sky Blues said a peak of 10,000 viewers watched it live, although Facebook counts viewings of three seconds or more as a view. Other clubs are likely to follow suit with similar content.

“I wouldn’t suggest it’s a reflection on the television production. For us it’s about reaching new audiences and starting to train people to go to a digital environment to see this type of content,” Sydney FC chief executive Danny Townsend said.

“That talks to the fact that we need a permanent home for digital content for our game, and we’ve got to curate that based on what our fans want and give that to them in a digestible manner.

“It’s about aggregating it in one place and delivering a whole-of-game solution. Putting a pre-game show on Facebook is not going to serve that purpose but it’s a step in that direction. We’ve got to think like a media business.”

Previous Umpires boss calls Ratten to concede wrong calls were made on Monday night
Next What a balls up: cracks appear amid crackdown