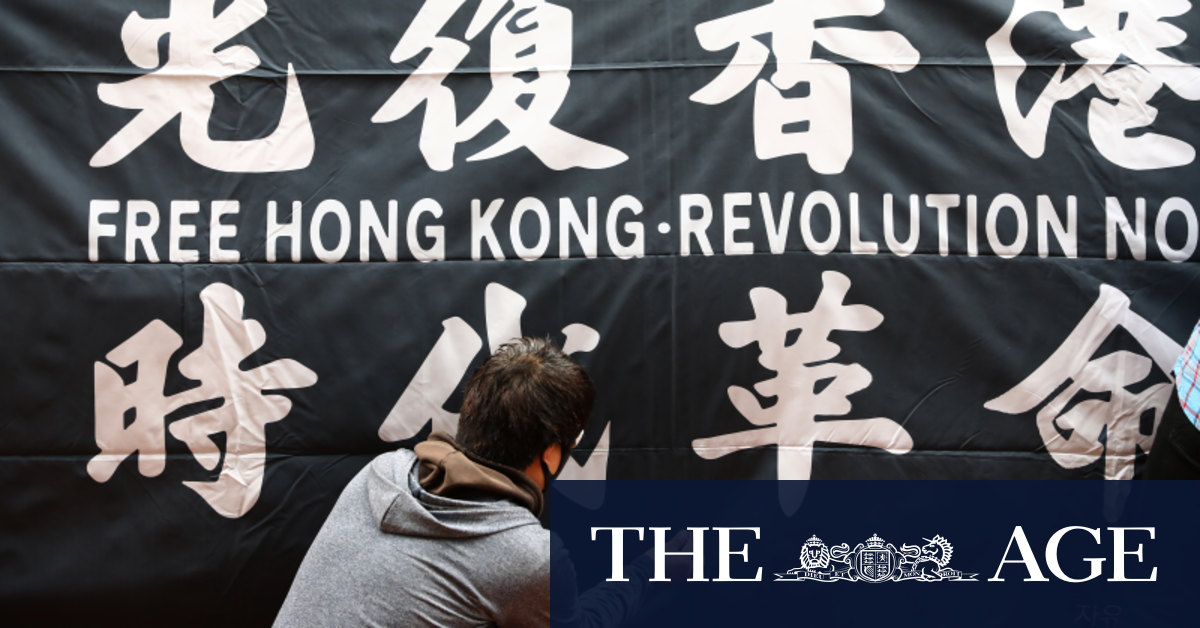 “It was like that when China took over Hong Kong in 1997. Prior to that there were a lot of people wanting to leave Hong Kong and so this is another time when people want to leave. If they don’t leave, they want to send their children to leave. And they are seeing this safe pathway as a very good opportunity.”

Jovan Lee, a Perth-based migration lawyer, said there was a notable surge as soon as the national security law was unveiled, triggering concerns for human rights and Hong Kong’s legal autonomy.

“And immediately after the Prime Minister’s announcement, there have been a lot of enquiries from Hongkongers who are already onshore and also still in Hong Kong,” he said.

Mr Lee said he was getting up to four enquiries a day from Hong Kong citizens interested in visas, up from a usual level of about two-to-three a week.

With a population of only 7.5 million, Hong Kong is not one of the major source countries of Australia’s international students. As of July, there were 10,205 student visa holders from the city, compared to 175,888 from mainland China. Traditionally, many students from Hong Kong also prefer to go to the US and Britain.

The British government has offered a path to settlement and citizenship for up to three million Hong Kong citizens who hold British national overseas status or are eligible. Hongkongers born after the 1997 handover to China do not qualify.

Phil Honeywood, chief executive of the International Education Association of Australia, confirmed universities were experiencing an upswing in interest.

“Clearly there has been already a good response to the Prime Minister’s recent announcement in support of Hong Kong students. While it is early days yet, a number of our key universities are experiencing a strong growth in visa enquiries and applications,” he said.

Mr Honeywood said the announcement on Monday of a separate visa flexibility package for international students was welcome news and would likely fuel further interest from Hongkongers.

The flexibility package will introduce a number of key changes the sector has been calling for, including allowing students learning remotely to qualify for post-study work rights and restarting the processing of student visa applications. The concession on work rights will apply to current and future student visa holders.

“It is yet to be determined the maximum time that might be spent studying offshore. Our competitor country Canada currently allows up to 50 per cent of a degree to be studied online offshore,” he said.