Breaking News
Home / AFL / What a balls up: cracks appear amid crackdown

What a balls up: cracks appear amid crackdown

admin July 21, 2020 AFL Comments Off on What a balls up: cracks appear amid crackdown 54 Views 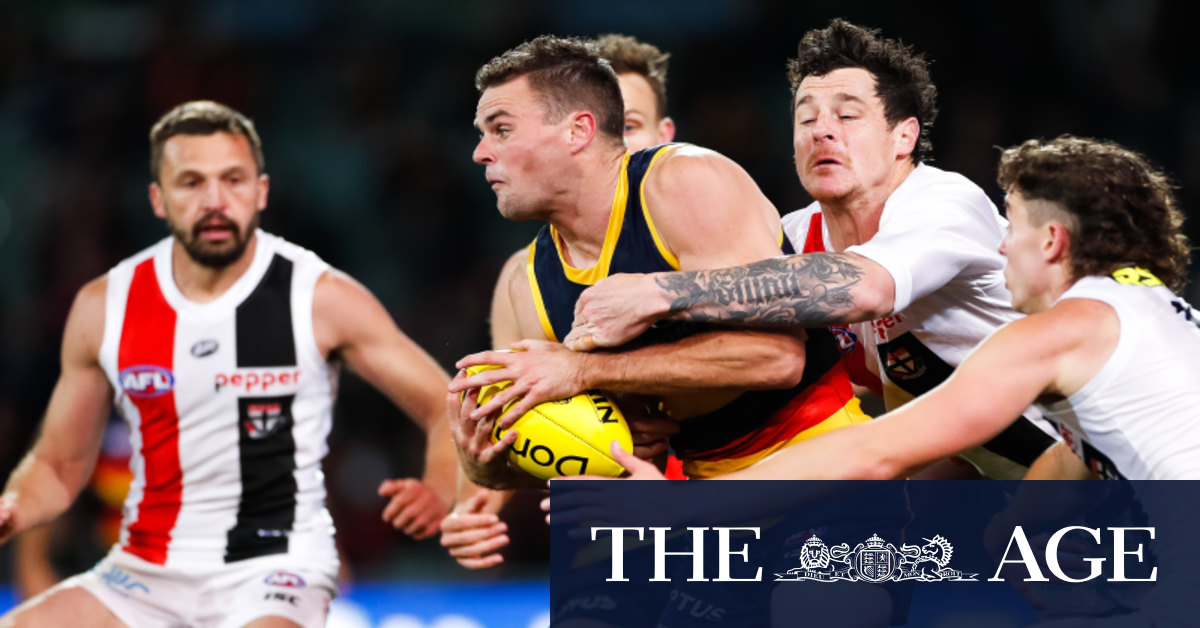 This is not surprising when their boss says ‘I don’t like the way you are applying the rules’ then changes the rules mid-year and all the umpires are not even in the same state to work out how they will apply them. The umpires, who all basically ordinarily live, work and train together in Melbourne are now living in hubs in three different states and have not had all group training sessions in months.

That does not make the AFL decision to change the rule wrong, but it does make the fact it has not been well applied yet predictable. It’s still probably a better way of applying rule, just not as it’s been policed so far.

There has been more consistency in player mullets than between umpires in the one game on holding the ball.

The cringeing decisions in the St Kilda-Adelaide magnified an issue that had been there for weeks. Monday’s game was not the worst, just the latest.

One player on Monday night took so long to get rid of the ball the Adelaide crowd had time to go out, buy a box of chips and complain about the serving size before a whistle was blown, while another player was pinged before the crowd had time to lift a cheek from the seat to purchase a salty bar snack. (As an aside the greatest moment in recent Australian media was a press conference was held in Adelaide on Tuesday to discuss complaints over the serving size of chips at Adelaide Oval. A press conference people. For chips.)

A problem with the holding the ball rule is still the idea of a player needing to make a genuine attempt. So forget about prior opportunity, it’s as relevant as the subs vest, now it’s whether you genuinely attempt to get rid of the ball whether you have had prior or not.

What’s genuine? The pantomime thrashing around on the ground of a highly skilled player looking like he is fitting but remarkably still not managing to budge the ball from his belly is normally seen as genuine? But the fella who with three players sitting on him who looks plaintively at the umpire and says ‘how do you expect me to nudge this out?’ is not genuine. Genuine or not one is at least honest … the other is a cartoon character.

The problem of this change is akin to trying to impose mandatory sentencing. It doesn’t work. Currently the umpires are feeling in the dark trying to work out what is real and what is not, and wondering whether they have any discretion at all.