China vows US move to shut consulate ‘will backfire’ 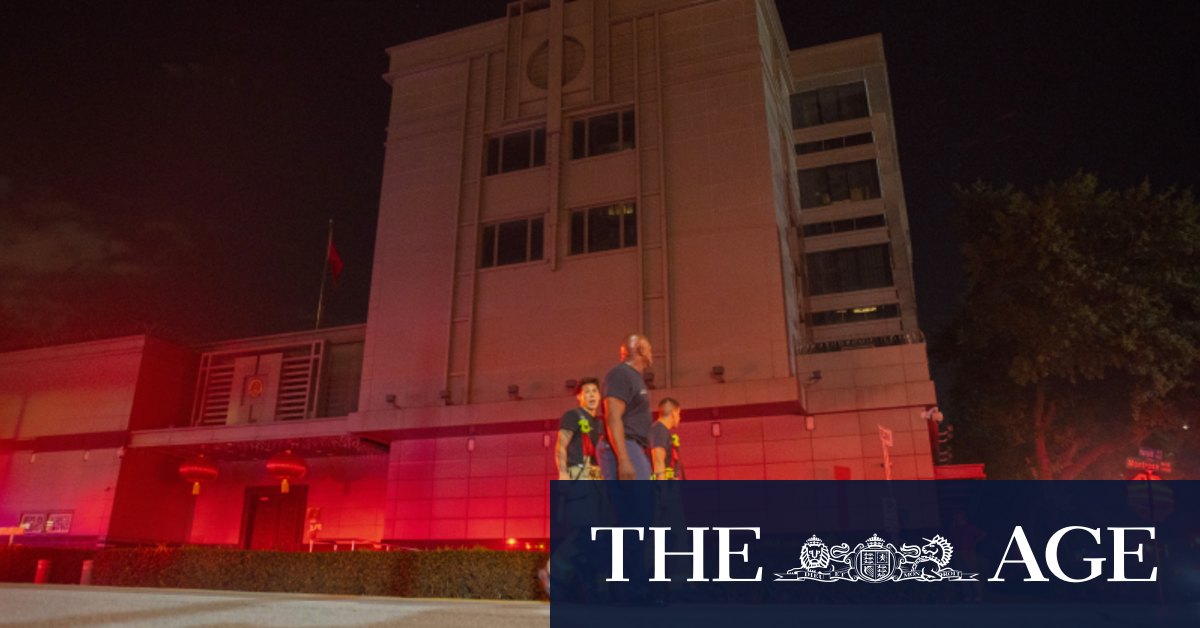 The US has five consulates in China, including missions in Guangzhou, Shanghai, Shenyang, Chengdu and Wuhan. The consulate in Wuhan, the city where the coronavirus was first detected, has been sparsely attended since the beginning of the pandemic. The South China Morning Post reported on Thursday that Chengdu, which covers Sichuan and Tibet, was set to be targeted for closure.

China’s Foreign Ministry did not announce countermeasures at its regular press conference in Beijing on Thursday night but warned the US was “breaking down the bridge of friendship” between the Chinese and American people. “The US claims that the Chinese Consulate General in Houston is engaged in activities that are incompatible with its status,” foreign affairs spokesman Wang Wenbin said. “This is completely malicious slander”.

US Secretary of State Mike Pompeo said on Wednesday the closure was designed to set out “clear expectations on how the Chinese Communist Party is going to behave”.

“When they don’t, we’re going to take actions that protect the American people, protect our security, our national security, and also protect our economy and jobs,” he said.

Asked why the US had ordered the Houston consulate to shut down, State Department spokeswoman Morgan Ortagus suggested breaches of the Vienna Convention, which she said required diplomats to “respect the laws and regulations of the receiving State” and “have a duty not to interfere in the internal affairs of that State”.

“We have directed the closure of PRC consulate general Houston, in order to protect American intellectual property and Americans’ private information,” she said.

Eric Gomez, the director of defence policy studies at the Cato Institute, a Washington think-tank, said the escalation could lead to tit-for-tat spiral that results in a wide-ranging breakdown of diplomatic ties.

“Closing the Chinese consulate in Houston will probably have more negative long-term consequences that will only hasten the ongoing collapse in the US-China relationship,” he said.

In a sign of the rising animosity between the two countries, the developments dominated Chinese state media coverage on Thursday as China launched a rocket to Mars.

Foreign policy experts from government-backed institutions across China’s economic partners including Egypt, Myanmar, Pakistan and Russia defended Beijing’s diplomatic record and accused the US of a despicable act of provocation.

“The US’s sudden request for China to close its consulate in Houston completely violated diplomatic norms and the Vienna Convention on Diplomatic Relations and should be condemned,” Ali Sawar Naqvi, the executive director of the Centre for Strategic and International Studies in Islamabad told Chinese state media.

The developments follow rising tension between China and western governments around the world over its imposition of national security laws in Hong Kong, increasing militarisation of the South China Sea and the blocking of its flagship telecommunications provider Huawei in 5G networks.

China’s state broadcaster CCTV stopped screening popular English Premier League football matches on its main channel on Thursday, a week after the British government banned Huawei from its 5G network. The US and Australia have also blocked the state-linked telco from participating in the 5G rollout over national security concerns.

Reuters reported on Thursday that French authorities have told telecoms operators planning to buy Huawei 5G equipment that they will not be able to renew licences for the gear once they expire, phasing the Chinese firm out of its mobile carriers.

Farrah Tomazin is a senior journalist based in the US for the 2020 presidential election.