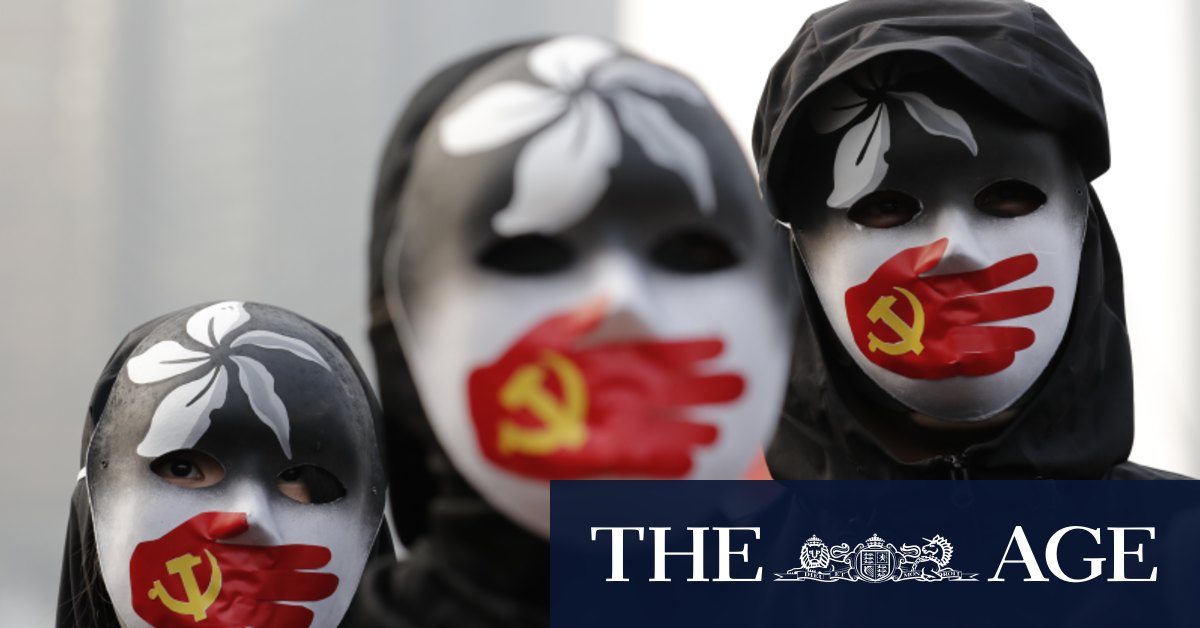 Australian university campuses erupted into protests last year as students took up the cause of pro-democracy activists in Hong Kong. Some descended into violence when pro-Beijing Chinese students confronted the protesters.

“Because of its extraterritorial provisions, if students from Hong Kong engage in the kind of political actions we saw in 2019 on Australian university campuses, they may be in breach of the national security law,” University of Tasmania lecturer Mark Harrison said.

“This will present difficult choices for universities about freedom of expression and their duty of care for international students. The reach of the law could motivate some universities to discourage activism by Hong Kong students but this challenges the principles and purpose of the university as an institution.”

Article 38 of the national security law covers subversion or secession activities outside Hong Kong, meaning people accused of offences could face prosecution if they subsequently returned to the Chinese territory.

Bing Ling, a professor of Chinese law at the University of Sydney, said the language of the legislation was “quite frightening” and would apply to activities on Australian university campuses.

“The law has a broad reach in terms of its restriction on the critical speech of Hong Kong residents even when they are abroad. So there is potential risk,” he said. “Having said that, it is still not clear how much the Hong Kong government is going to enforce these extraterritorial laws.”

Professor Bing said: “We should be aware of the fact that some parts of the national security law sound menacing but I don’t think Australian universities should compromise in any way on our own academic freedom.”

Kevin Carrico, a senior lecturer at Monash University, said people of Chinese ethnicity, Hongkongers, Uighurs and Tibetans had faced Chinese government-linked intimidation, monitoring and threats in Australia, jeopardising their freedoms, and the upheaval in Hong Kong threatened to exacerbate the problem.

“I certainly don’t want to make overly dire predictions about what it means before it has happened but I would certainly say it is a major cause for concern that should be closely followed by governments, universities and civil society organisations around the world,” Dr Carrico said.

He said universities had previously failed to protect students from intimidation but the Hong Kong national security law, with its extraterritorial power, meant the sector’s approach was now “a completely illegitimate and self-defeating way to handle these things”.

“This is something that in today’s political environment simply can’t continue,” he said.

Following the crackdown in Hong Kong and the Morrison government’s safe-haven measures, one migration agent estimated interest in Australian universities had increased more than 50 per cent over recent months while another said they were receiving four inquiries a day, up from about three a week.

Dr Carrico encouraged universities to seize the opportunity, arguing there were humanitarian and academic arguments for enrolling, hiring and providing refuge to “thoughtful, politically engaged people who simply can no longer do what they used to do in Hong Kong”.